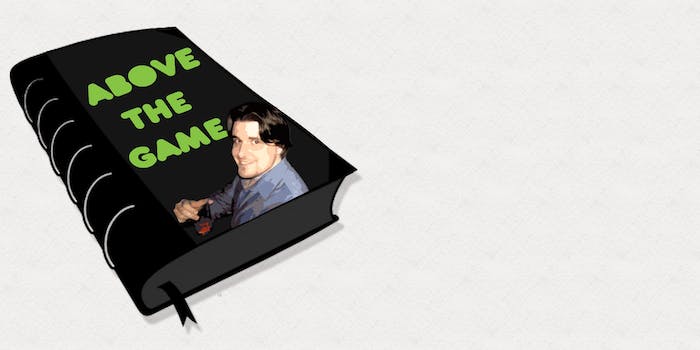 Above the Game: A Guide to Getting Awesome With Women faced criticism from all corners of the Internet Wednesday.

Above the Game: A Guide to Getting Awesome With Women faced criticism from all corners of the Internet after comedian Casey Malone dug up nuggets like “GRAB HER HAND, and put it right on your dick” and “Don’t ask for permission.” It sounded to him—and bloggers like Jezebel’s Katie J.M. Baker—like Hoinsky was encouraging sexual assault.

Malone and the nonprofit DoSomething.org requested that Kickstarter remove Hoinsky’s project, which had reached more than $16,000 in donations Wednesday, and to disallow him from receiving his money. The project ended, however, and was funded in full.

This morning, Kickstarter issued a statement saying they reviewed the project, brought to their and the public’s attention just hours before the project’s deadline, and decided not to remove it.

“Some of this material is abhorrent and inconsistent with our values as people and as an organization. Based on our current guidelines, however, the material on Reddit did not warrant the irreversible action of canceling the project,” Kickstarter wrote in an email. “As stewards of Kickstarter we sometimes have to make difficult decisions. We followed the discussion around the web today very closely. It led to a lot of internal discussion and will lead to a further review of our policies.”

Hoinsky also released a public statement. He said the quotes on Tumblr were taken out of context and that he is devastated and troubled by the allegations his book promotes sexual assault.

The gist of the controversial advice is “Don’t wait for signs before you make your move. Let her be the one who rejects your advances. If she says no, stop immediately and tell her you don’t want to do anything that would make her uncomfortable. Try again at a later time if appropriate or cease entirely if she is absolutely not interested.”

The thing that the commenters on social media are leaving out is that the advice was taken from a section in the guide offering advice on what to do AFTER a man has met a cute girl, gotten her phone number, gone on dates, spent time getting to know her, and now are alone behind closed doors fooling around. If “Don’t wait for signs, make the first move” promotes sexual assault, then “Kiss the Girl” from The Little Mermaid was a song about rape.

That cherry-picked advice, without that important context, makes it sound like I am advocating non-consensual sexual advances on strangers. I would absolutely never do such a thing.

He also said the finished book includes a section on rape and sexual assault, telling men what not to do.

“I ask people to lower their pitchforks until they take the time to hear the full story,” he wrote.