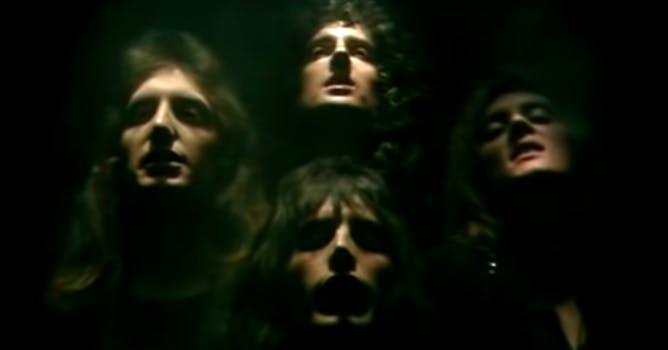 YouTube is freaking out over ‘Bohemian Rhapsody,’ 43 years after it came out

Queen will still rock you.

Queen is making a killer comeback on YouTube, which is surely giving Freddie Mercury something to sing about in the afterlife.

The song “Bohemian Rhapsody” currently sits at roughly 670 million views, and they keep growing. To put that into perspective, Taylor Swift‘s song “Delicate” has 295 million views. To be fair, the 1970’s hit has a couple of years on on Swift’s song, so please don’t freak out, Swifties.

A lot of these views, though, are from the past week. The song has been seeing around one million views or more a day. It jumped into the top 100s on YouTube’s U.S. Top Song charts this week, holding down its spot 82 and sitting comfortable at 71 on the global chart.

The song “Bohemian Rhapsody” has always been popular on YouTube and holds a title of the most viewed music video from the 1970’s. And like all YouTube stars know, this can be a lucrative business. With their 5.5 million subscribers to date they’ve earned $250,000 on YouTube alone.

The blowup in interest now really doesn’t come as a surprise. Mr. Robot—aka Rami Malek—is playing Freddie Mercury in the film and he’s a complete fox. Not to mention he’s continued to get rave reviews for his performance, unlike the movie itself, which has had a bit more wishy-washy response.

The movie currently holds the top spot at the box office, taking in over $18 million in ticket sales on Friday. Not to dull its shine, the second is The Nutcracker and The Four Realms, so did they really win? Not sure.