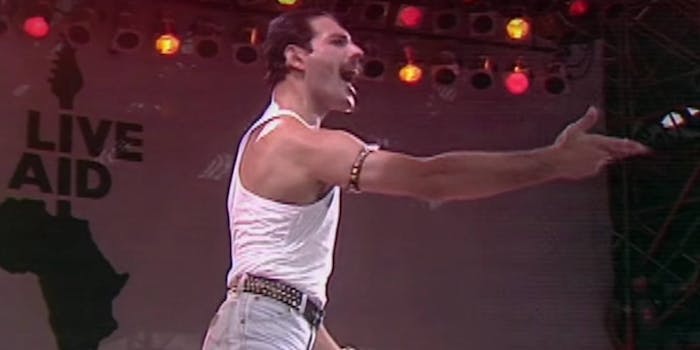 The film has been in development for eight years.

According to Deadline, the movie, which has spent eight years in developmental purgatory, is finally being rushed through to production, care of 20th Century Fox and New Regency along with producer Graham King and GK Films.

It’s unclear when, exactly, the film will begin shooting. A date has yet to be set on its release. Though preliminary details still appear to be ironing themselves out, fans are hopeful for a chance to see the legacy and luster of Queen on the big screen.