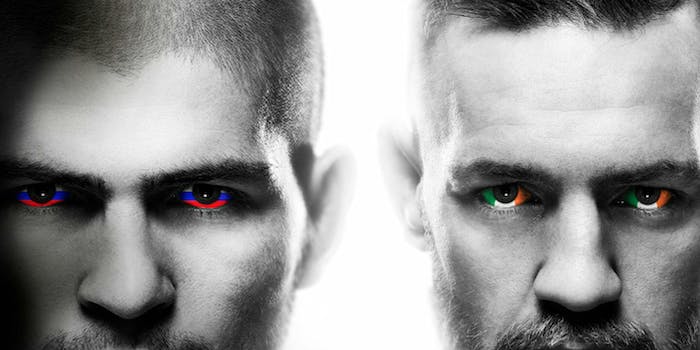 How to watch Khabib vs. McGregor on Amazon Prime

It doesn't get any easier than this.

There are a couple of different ways to watch a live stream of UFC 229, but it doesn’t get any easier than using Amazon Prime.

Since UFC 222 in March 2018, Amazon Prime has hosted every UFC pay-per-view event. The lightweight championship bout between Khabib Nurmagomedov and Conor McGregor promises to be the biggest event yet.

Here’s how to watch Khabib vs McGregor on Amazon Prime.

How to watch Khabib vs McGregor on Amazon Prime

There’s no easier way to stream UFC 229 than via Amazon Prime. In fact, you don’t even have to subscribe to Amazon Prime, which costs $119 per year. All you need is an Amazon account and a credit card or PayPal account.

The process for ordering UFC 229 on Amazon Prime is the same as buying anything else on Amazon. You simply select the PPV to purchase and complete the checkout process. From there, you’ll be able to stream Khabib vs McGregor on pretty much any device that connects to the internet. Of course, you can use any of your Amazon Fire products, but you can also use Roku, Xbox One, PlayStation 3 and 4, and most smart TVs and DVDs players come loaded with the Amazon Prime app.

Note: There are three distinct phases of UFC 229. The first batch of preliminary fights will be shown exclusively on UFC’s Fight Pass (check out our complete Khabib-McGregor live stream guide for more info), and another four preliminary bouts will stream on FS1 (here’s everything you need to know to stream FS1). The PPV portion starts at approximately 10pm ET and includes the following five fights:

The complete schedule of events can be found below.

Other ways to watch a Khabib-McGregor live stream:

You can also find a bar offering a UFC 229 live stream here.

UFC 229 fights will be shown on the three separate live streams. Here’s the complete schedule of events.