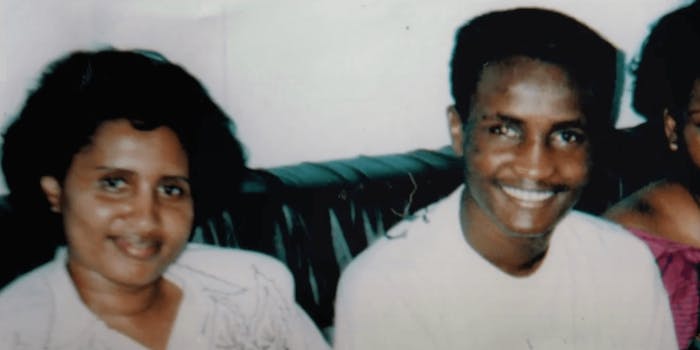 Netflix’s ‘Trial By Media’ is provocative but ill-defined

The six-part docuseries examines court cases that were sensationalized by the media.

It asks the primary question: how does public opinion (or the shaping of it) influence our judicial system? The realities found in this excellent series lie mostly in the unintended consequences and spectacular successes in controlling messages.

The series leads with the outrageous and infamous murder of Scott Amedure, stemming from the exploitation-heavy The Jenny Jones Show, specifically a 1995 episode titled “Same-Sex Secret Crushes.” Jonathan Schmitz agreed to go on the show after the producers informed that he would be told of a secret crush. The Michigan native walked out to sit beside his friend Amedure—who had just professed his sexual attraction to Schmitz—and another female mutual friend. Jones then revealed to Schmitz who his crush was, setting forth a series of events leading to Amedure’s untimely death by Schmitz.

It was the first time the legal system forced the show under fire for its exploitative nature: who or what exactly is culpable for Amedure’s death? Is it Jones’ show, Schmitz alone, media manipulation, or some unfortunate combination? What Peabody Award-winning director Tony Yacenda (American Vandal​) does, at a high level, is weave the connections (and discussions) of homophobia, class warfare/exploitation, and media’s inflection on the case.

The best, or worst, episode (depending on perspective) is episode five, “Big Dan’s Tavern.” In 1983, in New Bedford, Massachusetts, a woman went for a drink and cigarettes in a neighborhood tavern. With other bar patrons watching and cheering, six men brutally gang-raped her as she attempted to leave. The ensuing trial would be the forerunner of cable news exploitation.

The notion of cameras being in a courtroom, and potential issues that it could cause, hadn’t been considered in full by CNN nor the judge who allowed it until the name and address of the plaintiff, Cheryl Araujo, was made public. She quickly became the target of death threats. In the media’s lens, Araujo’s case transformed into a conversation around immigration, as well as what constitutes acceptable violence against women. Though the men were found guilty, Araujo would never get the justice she had earned. None of the six men served more than six years for the crime, and she would be forced into moving to Miami to find anonymity. Unfortunately, she died in a drunk-driving accident.

As considered as Trial By Media is, in the individual episodes, it lacks a homing focus—unless it’s as simple as “media and law is a terrible mix.” The chapters showcase the potential for theatre, and how attorneys string cases along with well-woven, perhaps immoral storytelling, sloughing off the technicalities. There isn’t any larger message rendered out, nor any specific meaning. For example, in the episodes concerning Araujo, and also Amadou Diallo, no higher truths are necessarily found. To its credit, the series humanizes the 24-year-old Guinea native, killed in 1999 in a hail of 41 bullets by New York City police. Yet like Araujo’s story, there was no justice then, and no distinct restorative justice for Diallo today, to include in the documentary.

ooking for something more specific? Here are our Netflix guides for the best war movies, documentaries, anime, indie flicks, true crime, food shows, rom-coms, LGBT movies, alien movies, gangster movies, Westerns, film noir, and movies based on true stories streaming right now. There are also sad movies guaranteed to make you cry, weird movies to melt your brain, old movies when you need something classic, and standup specials when you really need to laugh. Or check out Flixable, a search engine for Netflix.