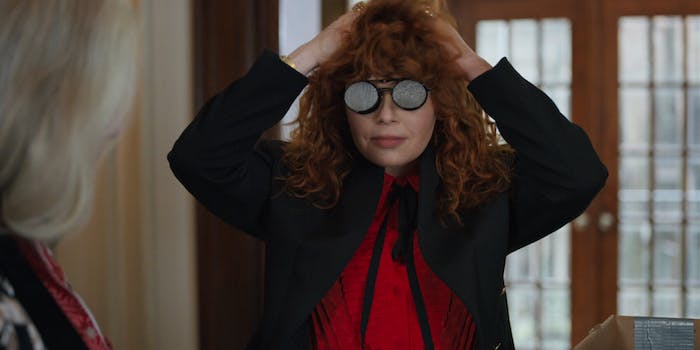 ‘Russian Doll’ circles back for season 2 on Netflix

Russian Doll season 2 is in the works.

The beloved existential dramedy will return for another loop on Netflix, confirmed by star and co-creator Natasha Lyonne and Netflix’s VP of content Cindy Holland at Recode’s annual conference. Lyonne will reprise her role as Nadia, a New York City coder stuck in an exhausting cycle of death and rebirth, and she hinted that the second season might be “Same show, just weirder?”

Lyonne reconfirmed the news from an appropriate place: the bathroom.

There aren’t any solid details about plot just yet, but Russian Doll season 2 will have eight episodes. In an interview with The Hollywood Reporter, Lyonne said the show was initially pitched as three seasons, and season 2 could become something else: “I definitely have ideas that range from the really out-there anthology to staying on board with our friend Nadia. And maybe it’s all one idea.” The Russian Doll season 1 finale left viewers with some closure, but the final shot also hinted that there might be multiple Nadias.

Lyonne is set to return as Nadia, but it’s not clear yet if season 1’s cast will return or there will be new characters. Co-creator Leslye Headland told The Hollywood Reporter that the storyline and characters could open up across the three proposed seasons: “When initially pitched, Nadia was a presence throughout all three of them. But it was not in a very conventional way.”

A release date for Russian Doll season 2 has not been announced yet.

A trailer for Russian Doll season 2 is not yet available.