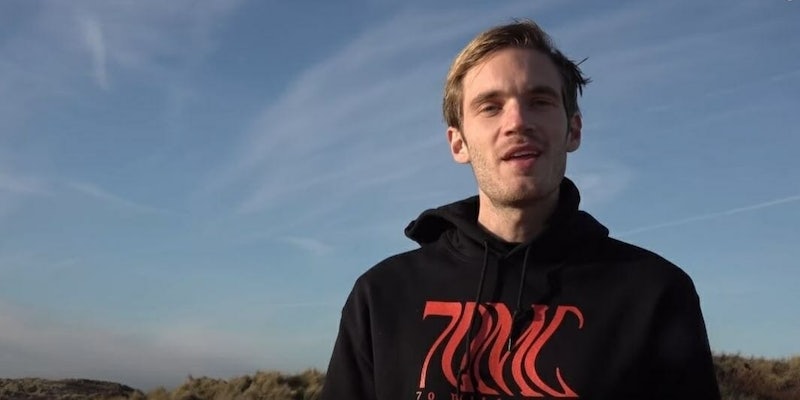 PewDiePie created his own Rewind video to troll YouTube

It's all about the memes.

In response to the immense backlash YouTube received for its 2018 Rewind video, the platform’s biggest star has responded with his own yearly recap vlog. And unlike the YouTube version—which is the most disliked video in history with 14 million thumbs down—people actually seem to be enjoying PewDiePie’s effort.

PewDiePie, who wasn’t featured in YouTube Rewind, uploaded his video on Thursday, and as of this writing, it’s already approaching 12 million views.

YouTube’s version of Rewind opened on mega-star Will Smith looking at his phone and happily exclaiming that it was Rewind time. The entire basis of the video was to see what would happen if YouTubers controlled the way Rewind was presented. In his video, PewDiePie mimics Smith and says, “If I could control Rewind, I’d want it to be an actual Rewind.”

Then, he clapped his hands, and PewDiePie’s vision began. It included Logan Paul talking about the dead body he found, shot, and uploaded from a Japanese suicide forest in perhaps the platform’s most infamous moment; some of Shane Dawson’s documentary work; the “Somebody toucha my spageti” meme; a quick reminder about the Tide Pod challenge; and a mention of Lil Tay.

He even created a short in memoriam section that included Stan Lee, Stefan Karl Stefansson, and Stephen Hawking.

In the case of PewDiePie, YouTube probably has good reason to avoid featuring him. Yes, he’s the world’s most popular YouTuber with more than 78 million subscribers—so far, he’s still ahead of T-Series in their fight for the top spot—but he can’t stop making controversy for himself.

Whether he’s promoting a YouTube account that features anti-Semitism and Nazi imagery, calling YouTube star Lilly Singh an “idiot” and a “crybaby,” or uttering racist slurs himself, he hasn’t exactly been the YouTuber that the company would want to promote or to sell to advertisers. In fact, some of his fans wondered if his version of YouTube Rewind would make the YouTube trending page—despite the fact it’s very clearly trending, it does not appear on that page as of this writing (even though just about every other video on that page has exponentially less videos than PewDiePie’s latest effort).

But PewDiePie can take solace in this: YouTube Rewind had millions of dislikes, but his video has accumulated more than 3.3 million thumbs up and only 15,000 thumbs down. YouTube’s version of Rewind was a disaster. PewDiePie’s is a hit.