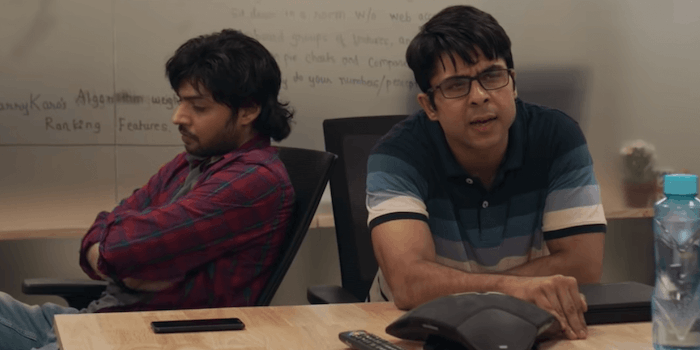 In Netflix’s ‘Upstarts,’ Silicon Valley CEOs are the good guys

In America, it would be difficult to sell a movie where startup CEOs are the good guys.

Upstarts, an Indian film that arrived in America via Netflix on Friday, takes on the startup industry through the lens of three techie best friends dreaming of making it big. Similar in concept to Silicon Valley and the short-lived, Betas, we follow a group of shaggy nerdy pals who hit it big with one perfect app idea.

American audiences might find Upstarts jarring because it is bereft of the sardonic irony that permeates Silicon Valley-set films and television in the States. The three friends create a heartwarming app, CarryKaro, that is meant to deliver medicine to the poor. A friend of the men is set on developing an app that aids suicide prevention efforts. Tech, it seems, is poised to save the world, so long as venture capitalists let it.

The first half of the film is deeply optimistic and incredibly saccharine in a way that is strange for an American to see outside of Lifetime of the Hallmark Channel. One character ventures with a straight face, “Elon Musk is going to Mars. Zuckerberg is exploring VR. And you’re starting a suicide helpline?”

As they plan their app, the men delight in the possibilities of their creation, proclaiming they can, “Hire cheap labor. Set up twice-daily deliveries. Creating a tracking app. There’s no need to hire anyone.” While this may seem like a joyous breakthrough to these Indian tech moguls, to someone in the American working class, this sounds like a labor violation.

If we weren’t yet flogged into believing in the brilliance of the coming tech future, our leading man Kapil (Priyanshu Painyuli) is told, “As long as you represent hope, you are the king.” What drama does exist in the film comes in pitting the vision of would-be tech titans against the will of greedy venture capitalists. What the film doesn’t want to admit is that many tech workers get into startups explicitly to sell to venture capital. People interested in charity tend to go work for charities. 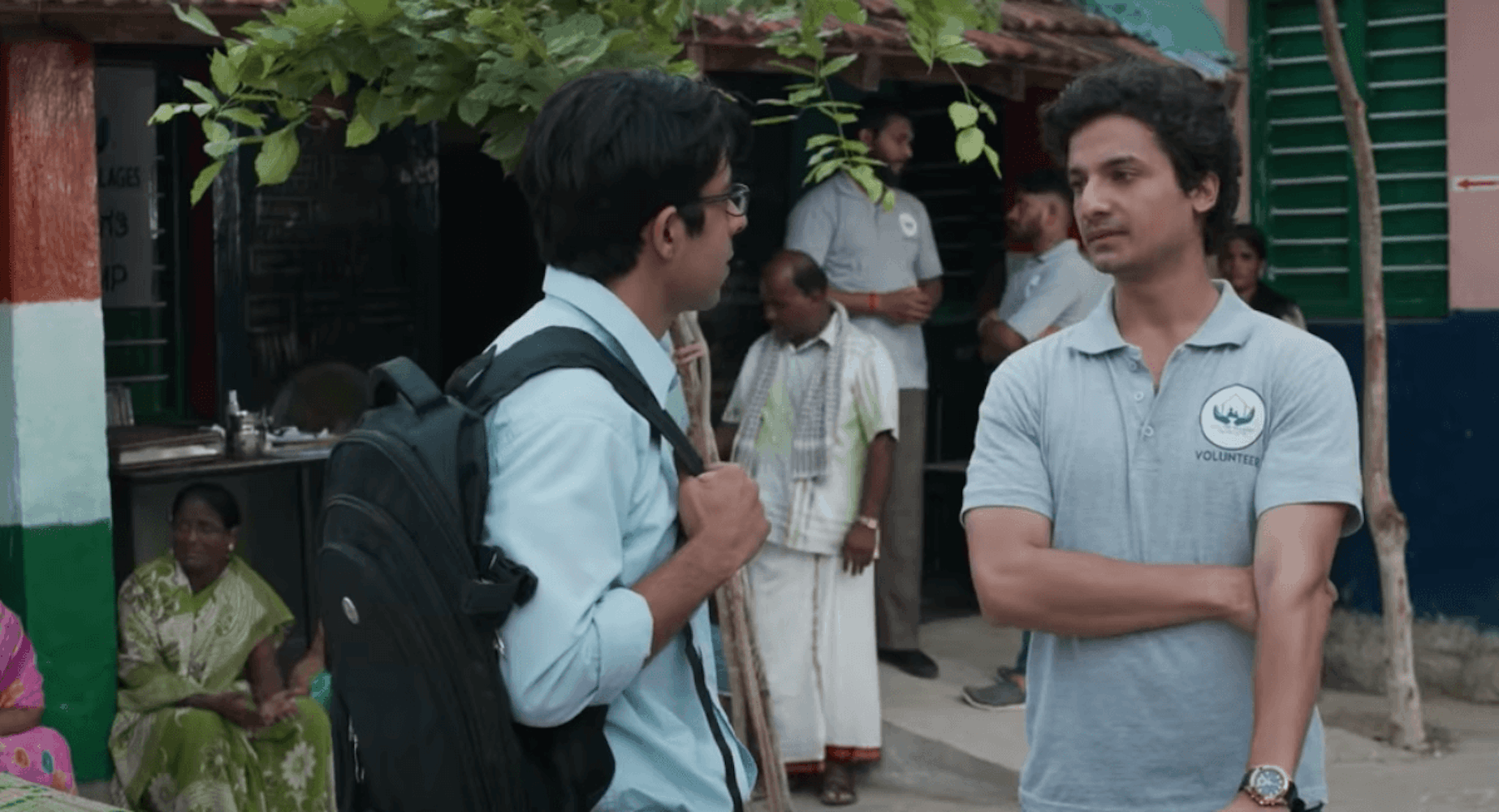 Because the film and its main characters generally agree that tech is great, the first half of the film offers only token conflict. The real tension, such as it is, only presents itself in the latter half of the proceedings. There, Kapil grows greedy and distant from his friends (Shadab Kamal and Chandrachoor Rai), and his once-noble goals. The app turns into something like UberEats or PostMates, and our hero sells out.

From the point of view of Upstarts, however, the flaw is Kapil’s, not something inherent in the system. If he had just stayed true to his initial goals of delivering medicine, he would have been fine. With the failure of medical startups abounding here in the States, most notably, but not only, Elizabeth Holmes and Theranos, and healthcare’s profit model driving Americans to the poor house, this angle doesn’t exactly feel credible.

The film continually doubles down on Kapil’s Citizen Kane-like hardening from an idealistic disruptor to a corrupt stuffed suit without considering that while his ambition may have corrupted him, the tech sector thrives on that corruption.

Upstarts isn’t really interested in interrogating the bigger societal questions that revolve around its characters and their industry, and as a result, the film is dull when it isn’t being overly melodramatic, with swelling music reflecting the characters’ internal struggles. The acting, camera work, and score are all pushed over the top, perhaps in recognition that there isn’t much to the film in the first place.

Sheetal Thakur is saddled with the thankless role of showing up periodically to remind the men that sexism is rampant in the startup world, only to transform into Kapil’s love interest when convenient. There are hints at caste/class issues that are never really explored. And the most interesting plot point that is left on the table is that the U.S. and China both hover over Indian startups like vultures. Unfortunately, that is never really dealt with, except with some second-hand exposition. 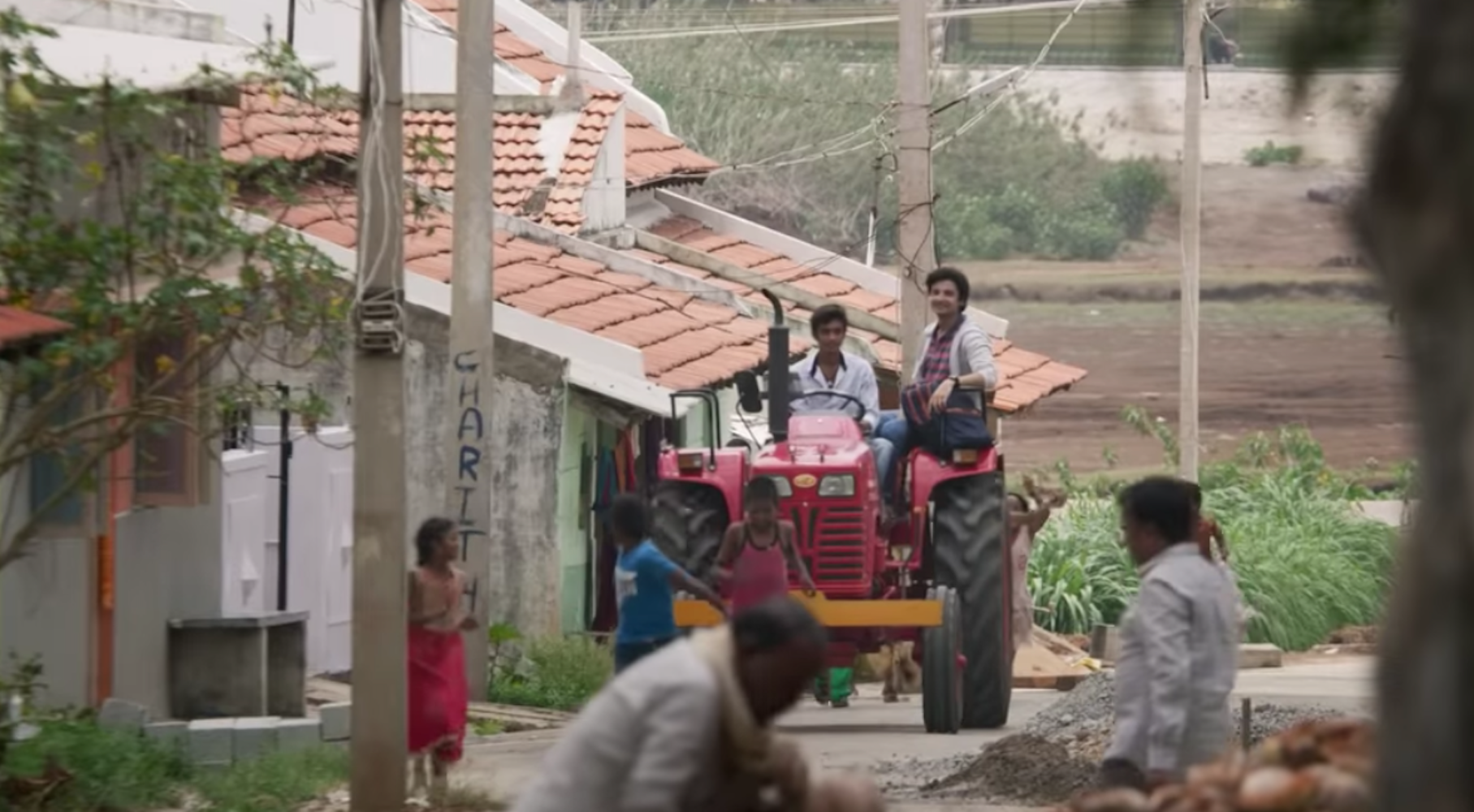 Upstarts seems to believe that business, and particularly the tech business, can be noble if the right people are in charge. It is not the system that is at issue, the film argues, but those with too much ambition and not enough backbone.

Perhaps Americans would have believed this premise in the ’90s, but after watching years of corrupt tech CEOs, inflated valuations, and fly-by-night app scams, the optimism for Silicon Valley in the film just doesn’t work.

In some ways, watching Upstarts is like stepping inside a time capsule and emerging with the naivety we felt about technology around the release of Windows 95. Back then, Americans might have believed tech could save the world. Now, it’s safe to say many in the States believe Silicon Valley has a better chance of ending it.

Not only is the relentless optimism of Upstarts misguided, it isn’t particularly entertaining. A tech-savvy viewer will find it nearly unwatchable and terribly naive.