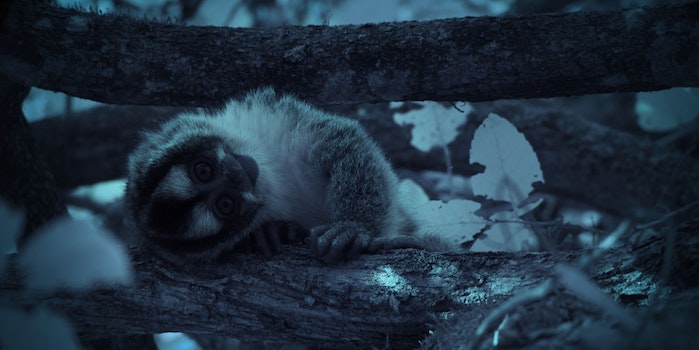 This documentary series takes viewers into the night.

It’s ironic that as the world burns and changes at ever-increasing rates, humanity is living through a golden age of nature documentaries. Series like Planet Earth, Our Planet, and The Blue Planet have utilized modern technology to capture nature with clarity our ancestors could never dream of. But, for the most part, these series all have one thing in common: A myopic focus on daylight hours. Curious viewers seldom journey into the darkness, which is why Netflix’s Night on Earth is so exciting.

RELEASE DATE: 1/31/2020
DIRECTOR/CREATOR: Narrated by Samira Wiley, Produced by Bill Markham
STREAMING: Netflix
Night on Earth utilizes groundbreaking low-light photography to show us everything that goes bump in the night, from the oceans to our cities.

Utilizing cutting-edge low light photography, high definition cameras, and what seems like unending patience, Night on Earth stares deeply into the nocturnal world of nature. Even if the endeavor was a massive failure, Night on Earth would deserve acclaim purely for its ambition. Thankfully the series is a gorgeous and thought-provoking journey through the evening activities of animals across the land and sea of Earth.

Spanning six episodes, Night on Earth spends its first five installments exploring how animals live in different habitats from sundown to sunup. We journey through pitch-black jungle floors, oceans of bioluminescent coral, frozen forests, and hunting grounds of the African savanna. The final episode explores how animals navigate a different wilderness, the encroaching cities of mankind.

It would be incredibly easy for Night on Earth to weld a heavy-handed environmental message, but rather than preaching from its script, it allows nature to be the pastor. The first five episodes teach you to respect the fight for survival even the most powerful of hunters must face. Then you learn just how many different kinds of animals don’t mind learning to live in our spaces. I’ve never thought about donating to a conservationist cause (out of personal selfishness) before I saw a cheetah chilling in a city. Suddenly, I want them to have their own place to live.

The true star of Night on Earth is the camera work. Low-light photography is an art form, and it would be easy enough for this series to rely largely on night vision cameras. While night vision is used Night on Earth, it also utilizes cutting -dge camera technology that allows for previously unseen levels of clarity in the dark. The juxtaposition between the three styles of camera work is a little jarring at first. 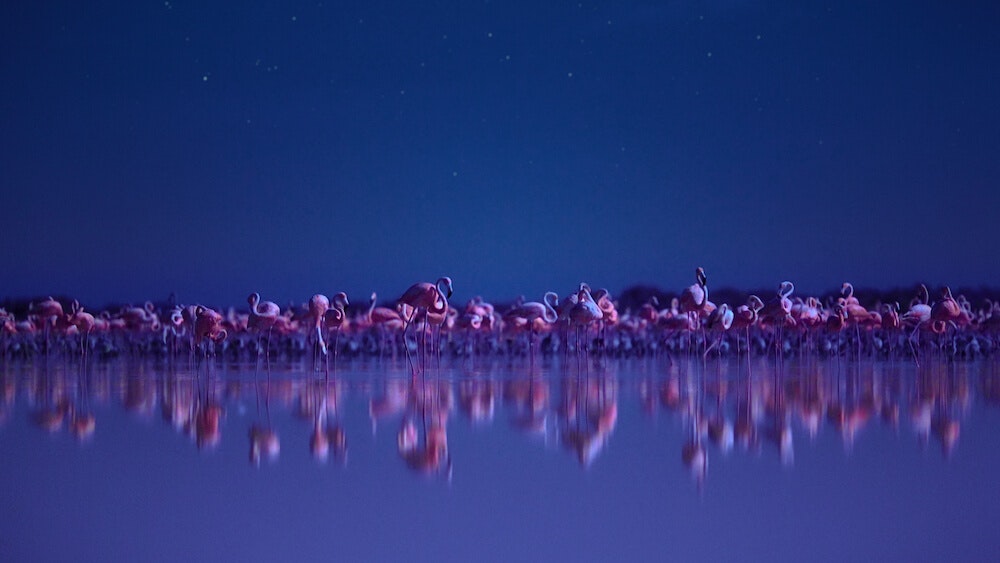 Viewers are swept from golden sunsets to the white neon glow of night vision to the cool blues of low-light nighttime footage with little explanation. By the end of the first episode, we were used to it, but viewers who are accustomed to the brightly-lit wide shots of other series may need a moment to adjust. This is particularly true during some of the low-light sequences. Due to the low aperture of the lenses they used to achieve these shots, there’s a blur in the foreground and background of some images while the center remains startlingly clear. That’s a quirk, not a bug, However, if you’re trying to figure out why some parts of the picture are blurry occasionally, that’s why.

Narrator Samira Wiley, most famously known for her work on Netflix’s Orange Is the New Black, brings a sense of weight and urgency to each episode. While the specter of David Attenborough hangs heavy over modern nature shows, Wiley is a welcome feature of the show. Night on Earth is decidedly darker than most nature docs, no pun intended. The night is a time of rest, but it’s also a world of hunters and death. The impish whimsy and humor Attenborough has brought to series like Planet Earth or Netflix’s Our Planet would feel out of place here. It’s a change of pace coming off Our Planet, but it’s a welcome one.

What struck me most about Night on Earth, as a regular consumer of nature shows and documentaries, is just how much happens outside our doors after dark. It’s deeply human to assume the world revolves around us, a fact made abundantly clear during the final episode as elephants tiptoe through human streets. Even in the deepest wilds, night time is teeming with life. Some of the night vision shots will leave you breathless, not because of the action in the foreground, but because of the sea full of glowing forms in the distance.

Viewers with Ultra HD TV sets are going to get the most out of Night on Earth thanks to the absurdly crisp interplay between color and darkness. Seriously, watch this at night on the best screen you have with all the lights out. Particularly during the low light segments, watching in the darkness adds an extra sense of vividness to the colors on screen.

While Night on Earth is rated 7+, we highly recommend parents with sensitive children consider their limits before watching. Death is a constant in nature shows, but no show has encompassed the terror of things that prowl in the night like this one. Seeing a shark bite a seal is one thing. Seeing it appear out seemingly out of nowhere through the inky dark of the sea is another thing entirely. Gore is thankfully kept to a minimum, though one polar bear hunt leaves a scene that looks right out of Mindhunter. Also if your children care about baby turtles after Finding Nemo, maybe fast forward through the segment about their post-birth journey. You know your kids best, but don’t go in unaware.

Night on Earth is a technological achievement in nature filmmaking that deserves your attention. But more importantly, it’s fun and educational in equal measures. The subtlety of its environmental message is refreshing, the cinematography is incredible, and even seasoned nature documentary fans will find new animals to adore. While a little intense for younger viewers, Night on Earth is a family-friendly nature doc that never talks down to adults or over the heads of children. Turn off the lights and explore Night on Earth.

Looking for something more specific? Here are our Netflix guides for the best war movies, documentaries, anime, indie flicks, true crime, food shows, rom-coms, LGBT movies, alien movies, gangster movies, Westerns, film noir, and movies based on true stories streaming right now. There are also sad movies guaranteed to make you cry, weird movies to melt your brain, old movies when you need something classic, and standup specials when you really need to laugh. Or check out Flixable, a search engine for Netflix.worth it.