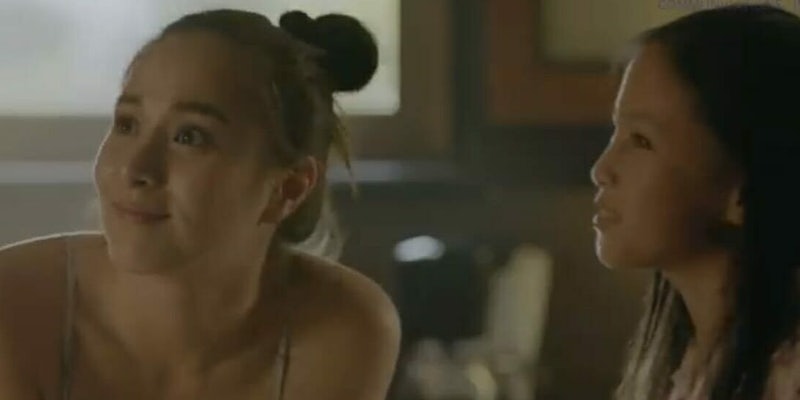 Netflix’s ‘Maria’ is a trigger-happy B-movie

The streaming import is a slapdash revenge thriller that occasionally overcomes its shortcomings to hit high notes.

Netflix’s Philippines action movie Maria is a frustrating project. It has a couple of good action sequences, a couple of dull ones, and way too much talking in between the fighting. This is a direct-to-video actioner all the way, and it can’t shake the negative connotation associated with the DTV tag. The movie over-serves viewers a story that is as dull as it is basic, while under-delivering on the suspense.

An assassin who faked her own death in order to escape cartel life is forced back into her old ways.

Maria revolves around an assassin named, you guessed it… Lily.

Maria (Cristine Reyes) is a retired assassin living a square’s life with a husband and daughter. She changed her name after faking her death in order to break free of the Black Rose cartel. But her past catches up to her and before you can say “plot contrivance,” Lily has lost her husband and daughter and Maria is back in action and out for revenge. She works her way through the cartel until she gets a shot at Kaleb (Germaine De Leon). It won’t surprise you to learn that Maria and Kaleb have a romantic history. There’s another plot that revolves around the potential assassination of a governor, but that’s neither here nor there. It’s inconsequential and the film does nothing with that angle except drop in a couple of references to (yawn) fake news.

The acting is stilted, which leads to some unintended laughs. The dialogue is as cursory as it can possibly be. Maria oozes clichés. It’s a shame because Maria should be more fun than it is. Stunt coordinator Sonny Sison comes up with a couple of nice set pieces. There is an awesome fight sequence about two-thirds of the way into the film between Maria and a rival assassin Miru (Jennifer Lee) set in a bathroom. Between the choreography and the clarity of the cinematography and direction by Pao Orendain and Pedring Lopez, it’s a brutal and thrilling fight. It’s a down and dirtier bout that may remind viewers of the bathroom-wrecking brawl between Tom Cruise and Henry Cavill in Mission: Impossible – Fallout.

In fairness to Maria, some of the things that hold the movie back also give it some personality. Aside from Reyes, the movie’s MVP runner-up is KC Montero and his work as Kaleb’s brother Victor. Montero is tall and intimidating, and he uses his physicality well. Victor huffs and puffs through most of his scenes, but nobody fears him. It’s funny to see the most physically menacing cast member reduced to hollow threats and impotent anger. Montero’s work pairs nicely with De Leon’s performance as Kaleb. These brothers are pissed off at everything and they don’t hide it well. Kaleb is literally shaking with rage in nearly every scene he’s in. I’m impressed by De Leon’s ability to maintain that intensity.

Maria’s problems are too much to bear, and the film’s strengths aren’t enough to salvage it. This is Lopez’s fifth film as a director since 2014. He has proven himself to be a fast worker, but he needs to work on his efficiency. Maria clocks in at just under 90 minutes, but it drags its feet for most of that time. There just isn’t enough action here to justify all the time we spend on the actual story. Either we need more action, better action, or a stronger story. Lopez is early enough in his career that I’m curious to see how he develops as a filmmaker. With a little finesse, Maria could’ve been a better movie. The film lacks cohesion: Most of its elements are working against each other.

Maria is a slapdash revenge thriller that occasionally overcomes its shortcomings to hit a few high notes. It’s not nearly enough to recommend watching the movie, despite some of the promise it shows. If you’re really curious, I’d advise skipping ahead and watching the last 30 minutes. You’ll get to see the best fights, and also the film’s most hilarious use of cliché when a perfectly timed burst of rain strikes. As I continue to think about Maria while writing this review, I’m starting to appreciate the film’s shaggy-doggedness. There’s a point where Maria looks through a wall of guns to prepare for an attack and the soundtrack blares a song called “Bitch Bites Back.” The movie certainly has its charms.