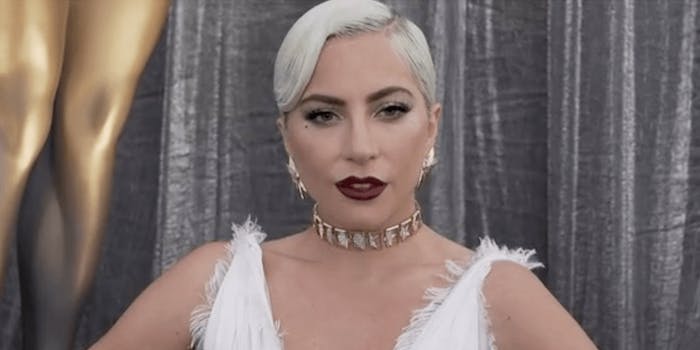 This isn't the first time 'Stupid Love' has been linked to the singer.

Astute fans of Lady Gaga may have confirmed the title of the artist’s upcoming single thanks to coding on her website.

The discovery adds even more validity to a similar finding in October of 2019 when Gaga’s supporters noticed the same track listed in a photo on Instagram.

Fans saw what appeared to be an iPod in the corner of a picture that intended to highlight Gaga’s attempt at carving a pumpkin. Instead, her supporters found a song titled “Stupid Love” playing on the device.

But even that wasn’t the first time fans linked “Stupid Love” to Gaga. In August 2019, a small part of what was claimed to be an unreleased track from the singer was pulled from Twitter. The user who posted the song received a copyright notice from the social media site that labeled the track as, you guessed it, “Stupid Love.”

I've just had a copyright notice on a tweet I posted a few days ago. The track has been removed as it infringes on an artists copyright. It keeps referencing 'Stupid Love' by Lady Gaga from universal music studios. Is this a track from #lg6 pic.twitter.com/ODIuZzG1Tr

After news of this week’s discovery began circulating online, all references to “Stupid Love” in the code on Gaga’s website have been replaced with gibberish.

And while sites, such as YouTube, continue to pull down alleged leaks of the track, songs purporting to be Gaga’s “Stupid Love” continue to spread on Twitter.

While rumors claim the track will be officially released on Feb. 7, the singer’s team has denied such reports.