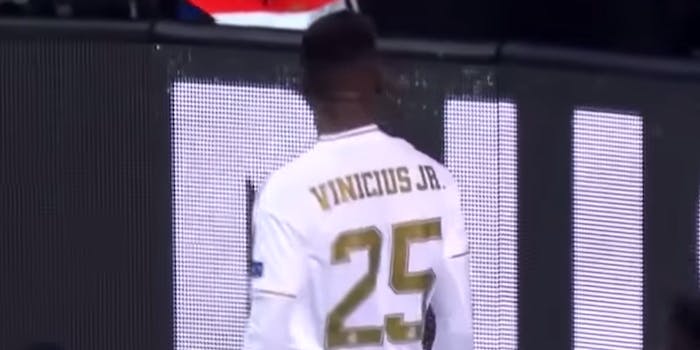 How to watch Real Madrid vs. Valencia live online

Real Madrid travels to Valencia this weekend to take on a Spanish side who managed to actually win its group in the Champions League.

Valencia has thrived since the firing of Marcelino. New manager Albert Celades has the club through to the UCL knockout stages and just one point out of the top four just before Christmas.

Here’s everything you need to know to live stream Real Madrid vs. Valencia, including what to watch for on the pitch.

Fanatiz is strictly a sports channel, featuring the programming on BeIn Sports, Gol TV, and TyC Sports, giving access to competitions like the CAF Confederations Cup, the Copa Libertadores, the Copa Sudamericana, and the Copa del Rey. For those who want to try it out, or have one special match to catch, there’s a Daily Pass option for $4.99 allowing a 24-hour period of access

Real Madrid (Last 5 matches: WWWDW) has navigated through the first half of its season successfully, albeit under strange circumstances. El Clasico was postponed due to political unrest, so both giants have kept pace with each other before the rescheduled showdown that will take place at the Camp Nou this coming Wednesday. Real Madrid could be forgiven for thinking that match will crown the title favorite, with both club even on points in first, but before Los Blancos play Barcelona, they have to get past a Valencia team that thrives on being the underdog.

Valencia (Last 5 matches: WWWDL) has done what many back in August would have scoffed at: Win a UCL group on the final day playing against a defending semi-finalist. Valencia’s win at Ajax put the Spaniards through and Ajax out, and Valencia even managed to win the group on goal difference over Chelsea. Celades has appeased ownership by playing the kids, and it has worked out very well, considering how most felt about Valencia after the board sacked Marcelino months after winning a Copa del Rey final against Barcelona.

Valencia is playing against Real Madrid with nothing to lose. A win on Sunday in front of 55,000 raucous home fans would give the club more ground in the top four race, and a sense that the confidence of early-2000s Valencia can be reattained to slay the biggest clubs in Spanish football.