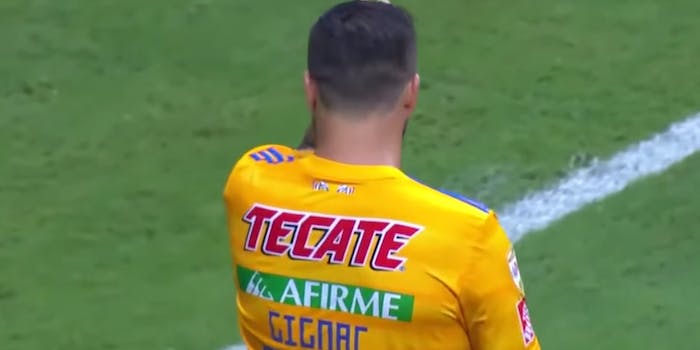 Both clubs have also retooled during the transfer window.

Here’s everything you need to know to stream Tigres vs. Chivas live on Saturday.

Chivas travel to Nuevo León to take on Tigres in a clash between two clubs ready for a win. Each has just one through four games this Clausura, after disappointing Apertura campaigns that saw Tigres lose in the first round and Chivas miss Liguilla entirely. Both clubs have also retooled during this transfer window, with valuable new signings after getting rich from this winter’s MLS spending spree.

Tigres (last four Liga MX games: LWLD) have had a rough start since elimination to Club América in the Liguilla quarter-finals last year, with only two goals scored and four points through four games. The biggest advantage for Tigres is that both goals and all their points so far have come at home, which is where they take on Chivas after losing away to a lesser Pachuca team last week.

Chivas (last four Liga MX games: WDDD) have had a monumental transfer window since missing the playoffs in the fall by two points. Chivas sold last season’s top goalscorer, Alan Pulido, to Sporting Kansas City and used that money to buy 22-year-old Mexico international Uriel Antuna from Manchester City. Academy graduate José Macías has returned from a loan with León and will be another option on the bench along with winter signing Jesús Angulo.