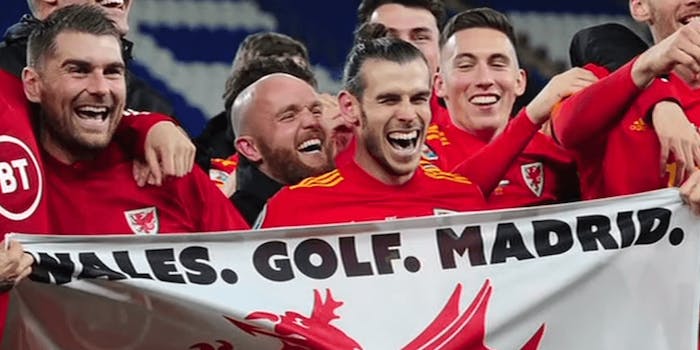 How to stream Real Madrid vs. Real Sociedad live

Real Madrid and Real Sociedad face off in a battle of top-five teams.

Real Sociedad travels to Madrid this weekend, but they won’t be the biggest villain at the Bernabéu. Welsh winger Gareth Bale returns to Spain from international duty after qualifying his country for their second straight European Championship in 2020. As you may have heard, he set the internet on fire after posing with a Welsh flag after the game that read, “Wales. Golf. Madrid. In that order.”

Here’s everything you need to know to live stream Real Madrid vs. Real Sociedad, including what to watch for on the pitch.

Things are looking up on the field for Real Madrid (Form: WWDWW), so naturally there must be drama off of it. Spanish tabloids were sent into a frenzy after Bale was seen posing with a flag that had the infamous chant printed on it. Both Zinedine Zidane and the player seemed happy for him to go this past summer, when his transfer to China looked imminent, but the deal fell apart for reasons unclear. After playing for Wales in October, he was conspicuously hurt for Real Madrid last month, before becoming healthy enough to play for Wales in November.

Real Sociedad (Form: DWLWW) has started this season very well and are in fifth place in La Liga, just one point out of the Champions League spots. A win on Saturday would move them one point ahead of Los Blancos, although Real does have one game in hand. With the turmoil surrounding Madrid and the Bale standoff, this could be an opportunity to steal a result from the 13-time UCL winners.