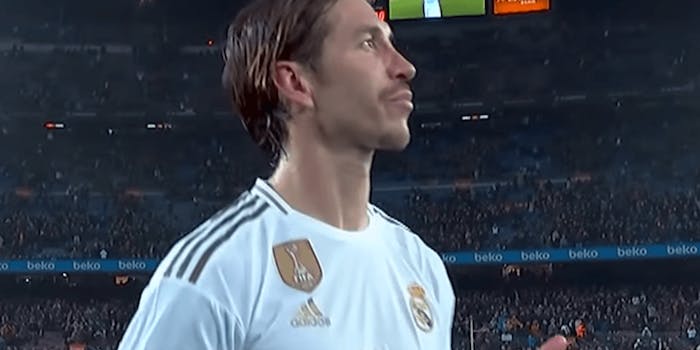 How to stream Real Madrid vs. Athletic Bilbao live

After both Real Madrid and Barcelona held serve with a 0-0 El Clásico on Wednesday, Real Madrid returns home Sunday to take on 7th-place Athletic Bilbao. Wednesday’s draw ensured Madrid stayed tied for the top of the table on points, though still behind Barcelona on goal differential.

Here’s everything you need to know to watch Real Madrid vs. Athletic Bilbao live.

Fanatiz is strictly a sports channel, featuring the programming on BeIn Sports, Gol TV, and TyC Sports, giving access to competitions like the CAF Confederations Cup, the Copa Libertadores, the Copa Sudamericana, and the Copa del Rey. For those who want to try it out, or have one special match to catch, there’s a Daily Pass option for $4.99 allowing a 24-hour period of access

Real Madrid (Last 5 La Liga matches: WWWDD) will look for its first win in three after dropping points against Valencia last weekend before Wednesday’s El Clásico. Los Blancos have drawn Manchester City in the UEFA Champions League Round of 16, and certainly have the more difficult draw than their Catalan counterparts, who play Napoli. Another slip up here and things may start to get intense for Real Madrid.

Athletic Bilbao (Last 5 La Liga matches: WWW)LD has been very good this season, sitting only two points out of Spain’s fourth UCL spot. Bilbao last got a point in the Bernabéu in 2018 after a 1-1 draw, before losing 3-0 in the spring rematch earlier this year.