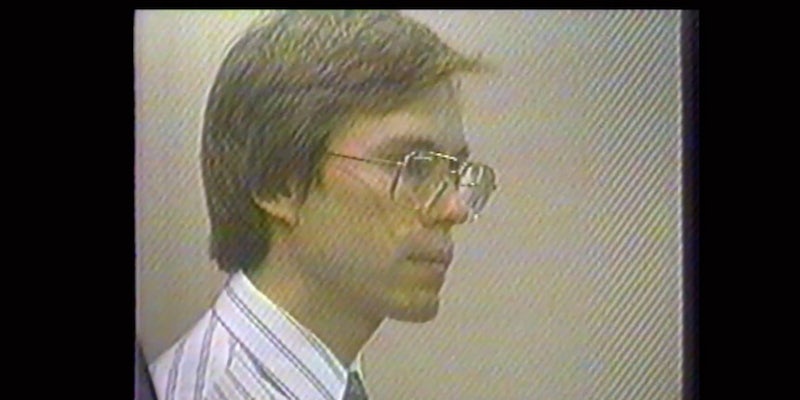 Director Jeremy Cordell fails to find anything honest in the perfect time and place to do so.

Jeremy Corbell’s awful misfire of a documentary, Bob Lazar: Area 51 & Flying Saucers, ventures to examine a dubious character in Bob Lazar, a self-described “scientist” who in 1989 claimed to have worked near Area 51, investigating alien tech that the United States was supposedly hiding from the public. Lazar has since become a totem for UFO enthusiasts and space-related conspiracy theorists, and Corbell believes that talking to him one more time might uncover the truth. The problem is, the director pursues the wrong enigmas, answering unnecessary questions that no one’s asked.

RELEASE DATE: 12/4/2018
DIRECTOR: Jeremy Corbell
STREAMING: Netflix
Jeremy Cordell fails to find a sliver of truth in his documentary about self-described “scientist” Bob Lazar, who revealed “information” about extraterrestrial technology at Area 51 in 1989.

Among other things, Lazar claims to have worked at a U.S. government site named S-4, near Papoose Lake in Nevada, on reverse engineering extraterrestrial aircraft that used gravity wave propulsion. Per Lazar, these aircraft are powered by a stable version of element 115, or Moscovium, which had yet to be officially discovered when he made his claims.

Of course, Lazar’s claims have been largely dismissed and relegated to fantastic film and TV concepts. Though Corbell produces enough evidence to show that Lazar did work for the government in some capacity around Area 51, the institutions from which Lazar says he graduated show no records of attendance. His 1990 felony conviction, in connection with a prostitution ring, further sullied his name. It wasn’t until former Pentagon official Luis Elizondo recently admitted his belief in extraterrestrial life that UFO activity even seemed plausible and acknowledged as newsworthy in the mainstream.

There hasn’t been a specific reason to doubt Lazar’s claims, but not once has he produced a shred of hard proof. This makes his exasperation with the public’s non-belief unusual. For the little it’s worth, many of the investigators and newspeople interviewed in the doc believe Lazar. So does Corbell, which proves problematic for his duty to find facts.

Corbell essentially rehashes all of this information, with new interviews featuring Lazar, a handful of friends, his wife, and other associates, including Las Vegas newsman and leading UFO adherent George Knapp. Yet at no point does the film introduce any new ideas or evidence, instead becoming an odd character study of a man no one’s asked about. Instead of following up on Elizondo’s explosive new claims, Corbell seems resolute in simply staring down Lazar in front of different backgrounds with ominous music, questioning whether he’s “sure or sure-sure” about what he said 30 years ago.

Even worse, Corbell never digs directly into Lazar’s claims. His failure to locate any sort of authenticity proves to be the film’s worst feature, of many. For whatever reason, Corbell also employs actor Mickey Rourke to deliver a comically dramatic performance as the film’s existentialist narrator, on top of Space Age/UFO archival footage. These attempts at disorientation are completely nonsensical, unrelated to literally anything that makes up the meat of the documentary.

In all, Bob Lazar: Area 51 & Flying Saucers is a flop. Corbell fails to find anything honest over its course, even when presented a grand opportunity, time, and place to do so.