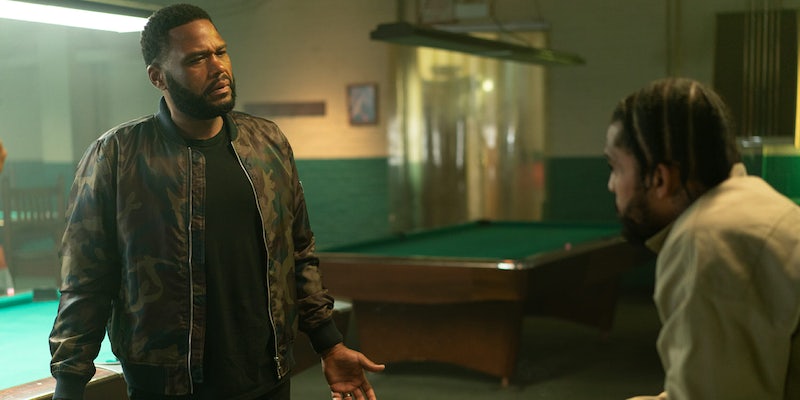 The specter of death looms large over Netflix’s Beats. Maybe looms isn’t the right word, because death is really like a supporting character in the film.

For August, a teenager with a gift for music, death is by his side at all times, in the form of his dead sister, Kari, who was shot dead for no reason in front of him. Eighteen months later and grief has turned August into a recluse. Just the thought of going outside induces panic attacks.  It’s the most interesting aspect of Beats, but it’s married to a story that too often settles for predictable, uncompelling drama. Beats is just good enough to be a little disappointing and to make you wish it were better.

After the death of his sister, August falls into depression and becomes a recluse, with music as his only way to express his emotions.

The tricky thing about Beats is that its best aspects don’t line up enough and it leaves the film muddled. On one hand, the story’s strengths come from burrowing into August’s grief and watching him pick himself up. But newcomer Khalil Everage’s performance isn’t quite up to the task. Everage has his moments, like his emotional breakdown in the film’s climax. But there are too many moments where it feels like August’s emotions aren’t syncing with what Everage is doing.

On the other hand, the film’s best performance is tied to maybe its most cliched character. Anthony Anderson plays Romelo, a once successful manager who is now disgraced and working as a security guard at August’s high school. When Ro learns about August’s musical talent, he sees an opportunity to get back to the top of the music scene. From the awkward friendship between Ro and August to Ro’s rocky marriage to Ro’s past mistakes in the music game, every beat of August and Ro’s arc is predictable.

Beats is at its most affecting when it lets its characters stew in their feelings. It’s much less successful when trying to push the plot forward. A subplot that follows August’s baby steps into a romance feels out of place as if the script (credited to Miles Orion Feldsott) features these moments because a romance is expected. That’s the same feeling I get from August’s scenes with his old music partners. Those are stories that could work in a different version of Beats, just not the one we get. I’d much rather spend more time watching August talk to his dead sister, something the film does with success.

Amid all of the familiar aspects, Beats is juuuuuust good enough to recommend. It plays a familiar tune that is agreeable, and won’t challenge you too much. But, like its main character, Beats is at its best when it steps out of its comfort zone.