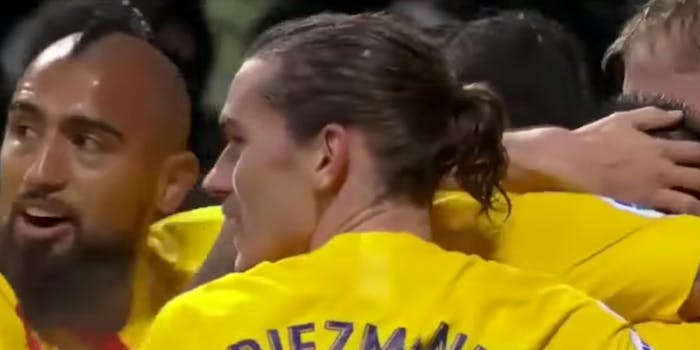 How to stream Barcelona vs Real Mallorca live

Barcelona returns home on Saturday after a major three points last weekend at the Wanda Metropolitano against Atletico Madrid. Visitor and minnow Real Mallorca comes to the Camp Nou just one point above the relegation zone, and the club hasn’t even played Barca since its last stint in La Liga in the 2012-2013 season. Here’s everything you need to know to live stream Barcelona vs. Real Mallorca, including what to watch for on the pitch.

Fanatiz is strictly a sports streaming service, featuring programming on BeIn Sports, Gol TV, and TyC Sports, giving access to competitions like the CAF Confederations Cup, the Copa Libertadores, the Copa Sudamericana, and the Copa del Rey. For those who want to try it out, or have one special match to catch, there’s a Daily Pass option for $4.99 allowing a 24-hour period of access

Barcelona (recent form: WWWWD) has been getting the necessary results, although the recent style of play has only increased fans’ desire to see manager Ernesto Valverde fired. Summer signing Antoine Griezmann has not fully embedded himself in Barca’s pattern of play, and most of his touches seem more forced than natural. This Real Mallorca clash will bee much more of an eye test than a game where points are the objective. A club like Barcelona always expects a win against these smaller clubs, and Barca has won its last five meetings against Mallorca.

Real Mallorca (recent form: DLWLL) got a monumental 1-0 win over Real Madrid this season, but since then Mallorca has just one win in six. Mallorca has nothing to lose against Barcelona, so expect to see a scrap from a team that has shown they aren’t afraid of the Spanish giants, although the side is lacking in talent.