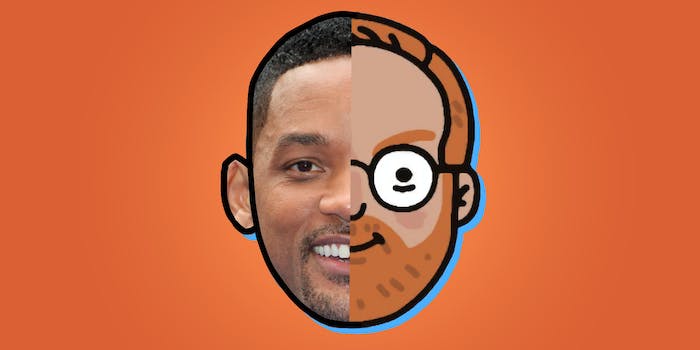 ‘RIP your mentions’: Will Smith, who is verified on Twitter, is getting a lot of misdirected criticism

Actor Will Smith set the internet into a frenzy last night after slapping comedian Chris Rock at the 2022 Oscars. The slap was in response to a G.I. Jane joke Rock made about Smith’s wife Jada’s shaved head, which is due to hair loss from the autoimmune disorder alopecia.

As the world reacted to the slap in the face, Will Smith started getting a lot of attention on Twitter. No, not that Will Smith. This one.

Will Smith (@willsmith) is a technology podcast host and video game creator who is verified on Twitter. As keyboard warriors took shots at the famous actor for the assault, or praised him for standing up for his wife, @willsmith was tagged over and over again.

“Whelp,” Smith tweeted last night, “Real talk, I’m not the person you’re upset/happy with. I make podcasts and video games for a living. At the risk of making people pissed off at me instead of that other guy, the world would be a better place if we stopped answering words with violence.”

Smith’s account has been wrongly tagged by a few celebrities, including rapper Lil’ Kim and television host Stephen A. Smith. Stephen even went on a Twitter rampage, tagging the wrong Will Smith in multiple angry posts.

“Total BS by @willsmith. If his night is ruined because of this he deserves it. The man has Denzel & Bradley Cooper trying to calm him down. For what? A joke about his wife in G.I. Joe? Come on! The shit was embarrassing!” Stephen said in one tweet.

After Twitter users realized that @willsmith was not the famous actor, Smith’s twitter thread about the misdirected attention blew up, receiving over 42,800 retweets.

“RIP your mentions,” one user replied to the thread.

“This is gonna be an all timer. Sorry for your mentions,” another responded.

“How long does it usually take until someone realizes you aren’t him?” one user asked Smith in the thread.

“Years, in some cases,” Smith replied to the tweet, “Some people get really indignant that someone else could have the same, extremely common name.”

Despite all the attention his account is getting, the Twitter Will Smith seemed to have good spirits about the mix up, posting GIFs of the famous actor and tweeting: “I’m still laughing. It’s funny as hell.”

For his part, the real Will Smith is being called a “cuck” on Twitter as celebs like Judd Apatow get flamed for their takes on the incident. Misinformation is already rampant, too.