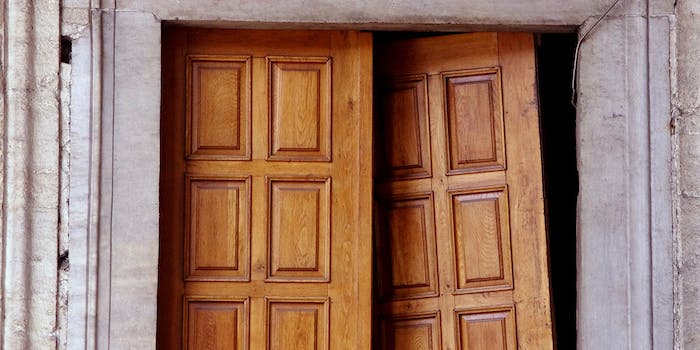 Why is the FCC regulating the biggest privacy risk platforms the least?

Who are the real gatekeepers?

Apparently the FCC thinks it is more important to protect dominant edge platforms from FCC privacy regulation, than it is to protect consumers’ private information.

The issue of privacy lays bare the FCC’s contorted and arbitrary logic of both its Title II cleave that only ISPs can be gatekeepers, and that the goal of net neutrality, protecting dominant edge platforms from ISP interference, is logical and appropriate to apply to privacy. If it was, that would perversely mean that the purpose of the FCC’s privacy rules should be to protect edge providers’ businesses, not consumers’ privacy.

If you want to see a visual representation of this problem, please see this one-page graphic here.

Apparently the FCC thinks it is more important to protect dominant edge platforms from FCC privacy regulation, than it is to protect consumers’ private information.

It visually exposes the illogic and hypocrisy in the FCC regulating only ISPs on privacy and not edge platforms, when several leading edge platforms are dominant in several markets, with much more national market share than the leading ISPs in their markets.

This is a wrong policy because the edge platforms have much more gatekeeper power and much more private data collection opportunity than ISPs do.

First, based on StatCounter’s market share data in the U.S. please consider the following:

In stark contrast, the number one ISPs in fixed and mobile broadband respectively, Comcast and Verizon, each have U.S. market shares of ~33 percent of their respective markets, based on FCC and company report data.

Simply, this shows that these dominant edge providers have at least 50 percent to 175 percent more “gatekeeper” power that the top ISPs do, and dramatically more gatekeeper power than that of any other ISP.

Who are the real gatekeepers?

Moreover, the FCC is well aware that ISPs are limited by antitrust precedent and the FCC’s media ownership rules to about a third of a market supposedly because of “network effects,” while the dominant edge providers have been able to become dominant precisely because they have no practical antitrust/FCC limit on their scale, scope or reach, and because they enjoy phenomenal inter-network effects that the world has never seen before.

Second, this chart shows the positioning of these dominant edge platforms. They are in between the users’ device and the ISP. Thus these entities don’t rely on an ISP for consumers to use these services because users’ devices enable these applications before the ISP is ever involved.

Moreover, if Google, Apple, Facebook and Microsoft encrypt their traffic, as they are doing and plan to do more universally, over 90 percent of traffic coming from these dominant edge platforms will either be dark/unintelligible to the ISP, or invisible because it is rerouted to edge proxy ISP servers that do the encrypting.

Some will claim that ISPs are different from edge platforms because of higher switching costs. Google deceptively claims “competition is a click away.” That may be truth, but not the whole truth and nothing but the truth.

Think about it. If a user wanted to totally switch from all Google’s or Facebook’s products and services, there would be huge switching costs. Leaving Google or Facebook completely like one completely would leave an ISP, would obviously take much more personal time and personal effort and personal hassle than switching an ISP, and that doesn’t even touch the inefficiencies of trying to reconstruct a Google-like integrated service without Google, or a Facebook-like connected/networked service without Facebook.

In sum, the FCC has put itself in a largely indefensible position.

It is claiming that it must protect certain private information from being used without permission by ISPs while at the same time the FCC is going out of its way to ensure that edge platforms, that have vastly more gatekeeper power than any ISP, and that Hoover-up private information indiscriminately for a living without the meaningful knowledge or consent of their users, are protected from the FCC’s Internet privacy regulations!

Scott Cleland served as Deputy U.S. Coordinator for International Communications & Information Policy in the George H. W. Bush Administration. He is president of Precursor LLC, an emergent enterprise risk consultancy for Fortune 500 companies, some of which are Google competitors, and Chairman of NetCompetition, a pro-competition e-forum supported by broadband interests. He is also author of Search & Destroy: Why You Can’t Trust Google Inc. Cleland has testified before the Senate and House antitrust subcommittees on Google and also before the relevant House oversight subcommittee on Google’s privacy problems.

A version of this story originally appeared on the Precursor blog and has been reprinted with permission.