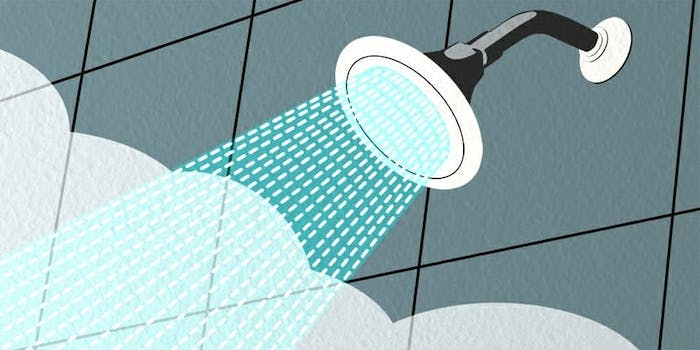 We gave some of Reddit's funniest insights the comic illustrations they deserve.

Shower thoughts: They’re those weird bits of counterintuitive insight that come to you in the shower, while driving, or any other time your mind is allowed to wander. They always seem profound when they arrive, but sometimes end up less so when you post them on the internet. And that’s what people have been doing for the past five years on Reddit’s r/showerthoughts, a community with more than 12 million readers.

The moderators of r/showerthoughts say they’re looking for “those miniature epiphanies you have that highlight the oddities within the familiar,” and the best shower thoughts really embody that. They’re new ways of looking at the same old things you’ve seen for years—like golf, or a simple handshake. At their best, they’re right up there with their unofficial inspiration: comedian and Saturday Night Live writer Jack Handey’s famous “deep thoughts.”

Below are some of the funniest nuggets ever posted on r/showerthoughts, as illustrated by the Daily Dot’s Jason “Challenger” Reed and Max Fleishman.

Want to know more about Reddit? Here are some fascinating facts about the site’s history, celebrity Reddit users to keep an eye out for, and the origins of Reddit’s most popular game, the 50/50 challenge.