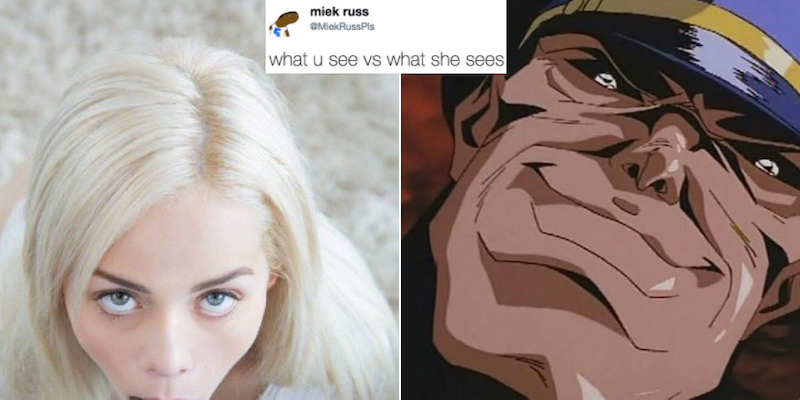 But in other, non-4chan areas of social media, the lack of explicit nudity leads to more shares, making an image more likely to go viral.

Only a few pornographic scenes have truly broken into the mainstream as standalone memes, though, and most of them seem to have come from Reddit in the past year or so.