To others, it will no doubt come as a challenge.

In other words, this list is accurate for now, but I don’t expect anything on it to remain un-pornified for long. 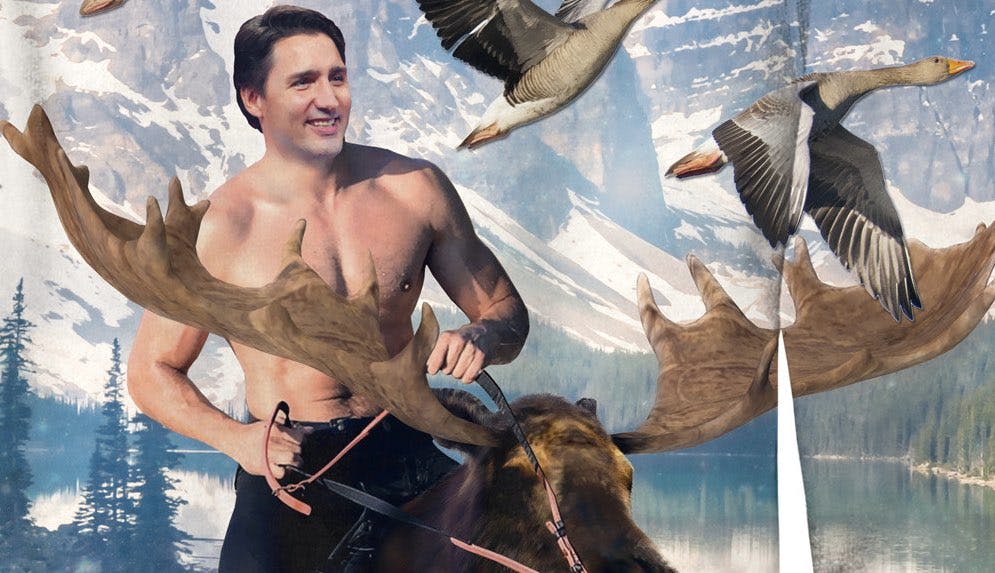 Unlike many of his rivals in the GOP presidential race, John Kasich is apparently not popular or sexy enough to inspire pornographic artwork. Nary a fake nude of the man to be found, despite his voracious appetite. For food. I’m talking about food here. 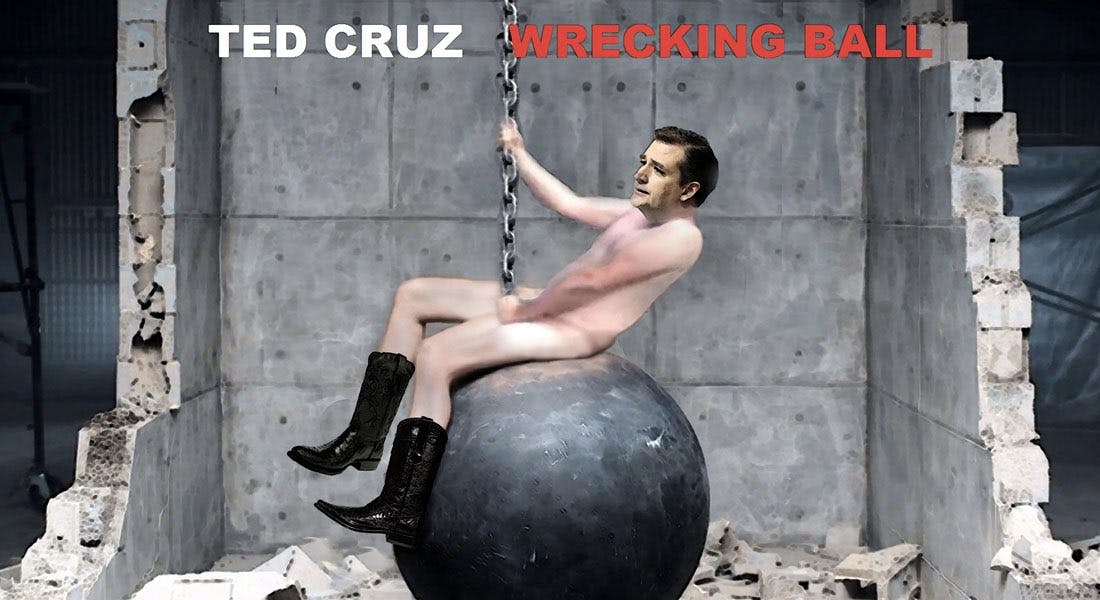 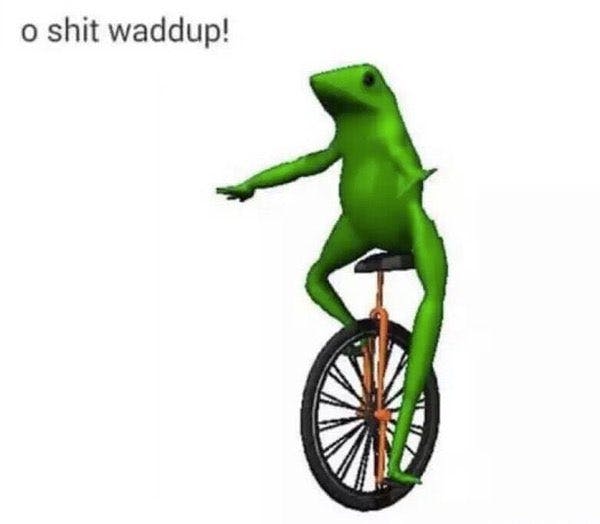 The frog on a unicycle currently starring in a meme that many believe to be dead has not been repurposed for pornographic purposes. It’s only a matter of time, though, and all I can say about that is “o shit, waddup.” 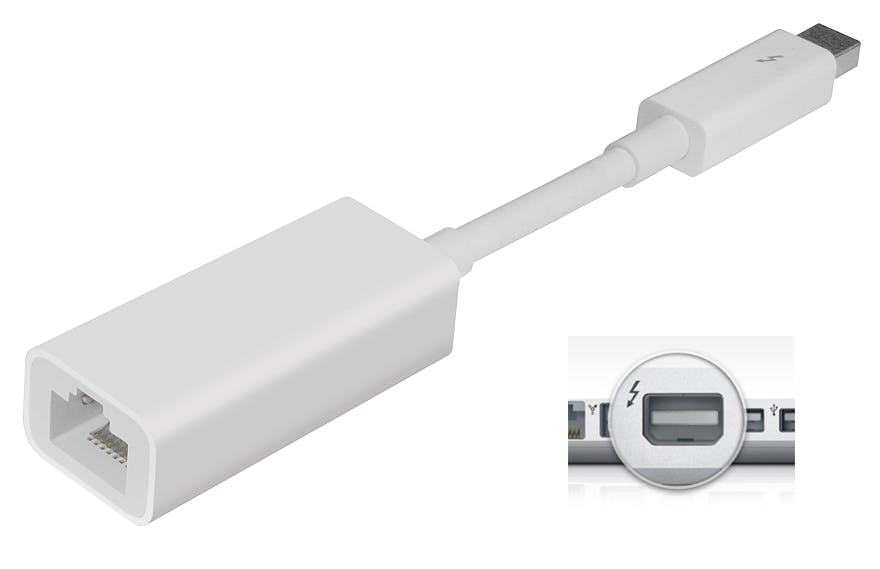 I could find no pornographic content involving the popular energy bar brand. No fan art of Clif Bars with genitals, no adventurous women using the food as sex toys, nothing. Nada. Clif Bars are completely boring and non-sexual. They’re the John Kasich of caloric supplements. 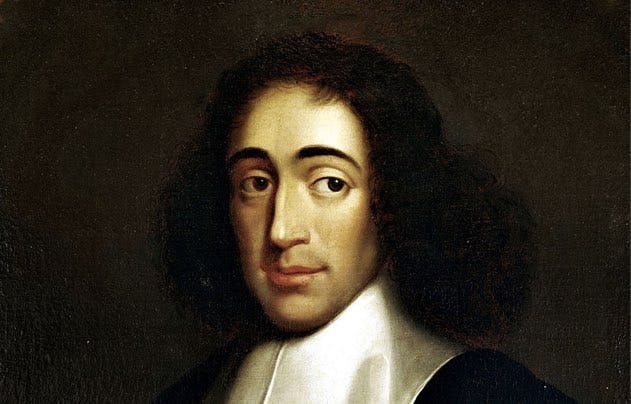 Seventeenth-century rationalist philosopher Baruch Spinoza has not, as yet, starred in any Internet pornography. As he was known for his Ethics and living “a saintly life,” it makes some sense that he wouldn’t be down. Other, hornier philosophers, including René “Give Her the Dick” Descartes, do feature in Rule 34 images.

Jai alai, a sport played at high speeds with a ball and a large wicker basket called a cesta, was pitched on Mad Men as “the perfect mixture of athletics, spectacle, and speed.” Amazingly, it appears to be porn-free. No shots of players in the nude, no women doing naughty things to themselves with the cesta. Practically every other sport—curling, even!—has some Rule 34 content, but not jai alai. Squeaky clean, except for that whole corruption scandal in the ’70s and its not-so-subtle association with gambling. 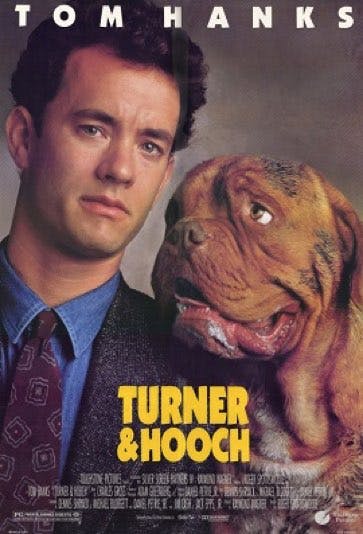 There does not appear to be any Rule 34 of Tom Hanks and his costar in this classic ’80s buddy comedy. And thank god for that, because his costar was a large, slobbery Bordeaux dog named Beasley. It’s not as if bestiality is off-limits when it comes to Rule 34 artwork, either, so I guess ol’ Hooch (R.I.P.) is just lucky.

A cult-classic British sitcom written by Charlie Brooker and Chris Morris, Nathan Barley follows a stereotypical Shoreditch scenester who believes himself to be a “self-perpetuating media node.” This was cutting-edge stuff in the aughts, and it still largely holds up. Plus, you get to see Richard Ayoade, Benedict Cumberbatch, and Ben Whishaw before they were big international stars. You just don’t get to see them having sex, because there’s no Rule 34 of Nathan Barley. If it did exist, though, it would be utterly within the spirit of the show.

Perhaps the best-known—and the funniest—account in the loose conglomerate of jokey Twitter jackanapes called Weird Twitter, Dril is recognizable by his icon of a blurry, smoking Jack Nicholson. Is Dril one man? Is he a comedy writing team? Only wint (or wints?) knows for sure.

The garishly grinning mascot of the California-based Mr. Pickle’s sandwich chain is as phallic as the day is long, but is therea single work of fan art depicting Pickle “getting it in?” Not that I could find. I’m surprised by this one, to be frank—it would take virtually no creativity to porn-ify what’s essentially a giant cucumber. Perhaps Pickle’s unsettling grin has put a damper on whatever pornographic possibilities he presents. Fun(?) trivia: There is plenty of very upsetting Rule 34 of the cartoon dog Mr. Pickles. It’s becoming apparent at this point in the process that no cartoon dog is safe from the internet’s foul dictates. 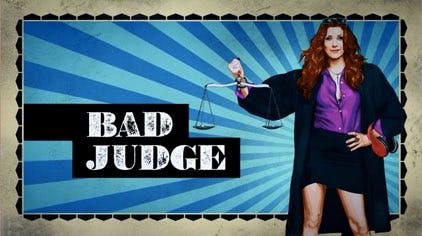 It’s with this reality in mind that I tried to find a media property that was either so woman-driven or so unwatchable that no man ever masturbated to it and did a drawing afterward. So congratulations to Bad Judge, a short-lived 2014 sitcom starring Grey’s Anatomy‘s Kate Walsh.

Bad Judge scored an 18% on Rotten Tomatoes and was protested by real-life lawyers incensed by its depiction of a judge as an irresponsible, “hypersexualized” partier. NBC humanely euthanized the show after one season. 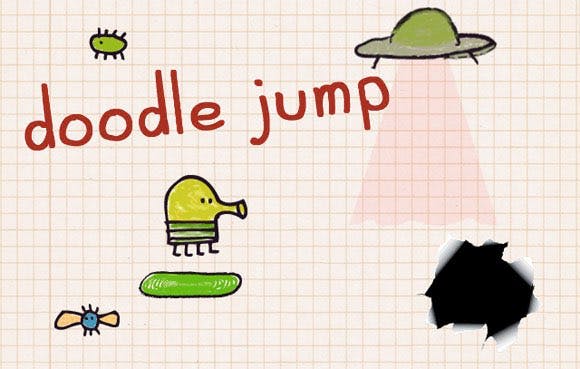 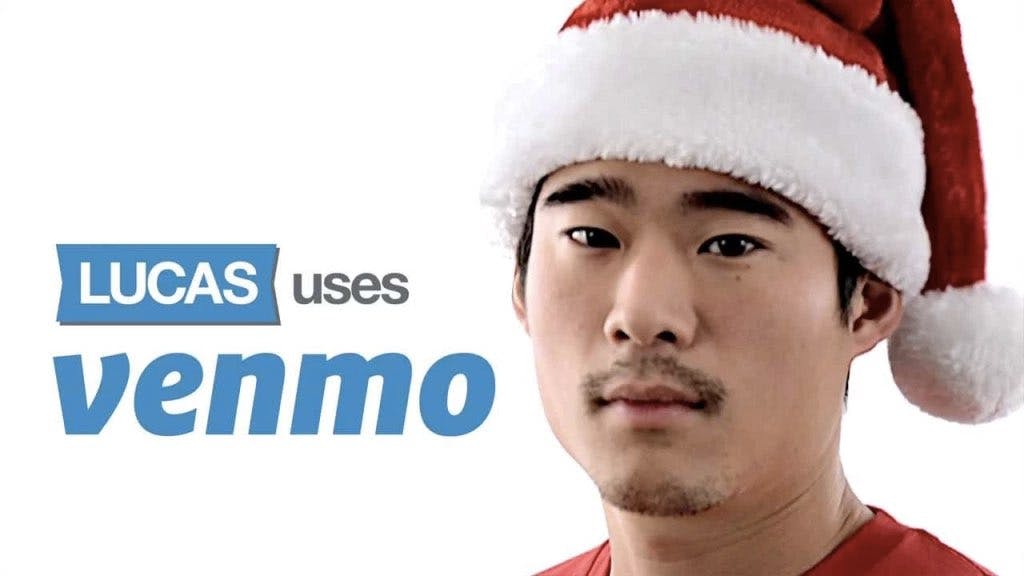 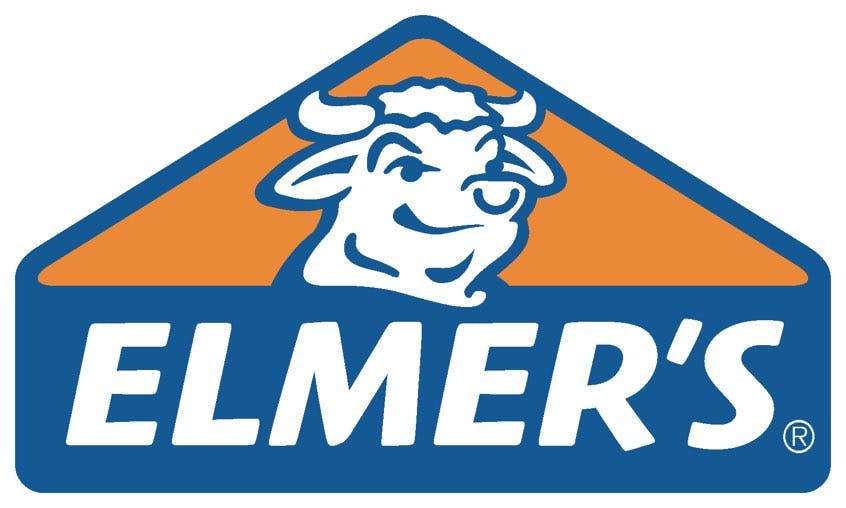 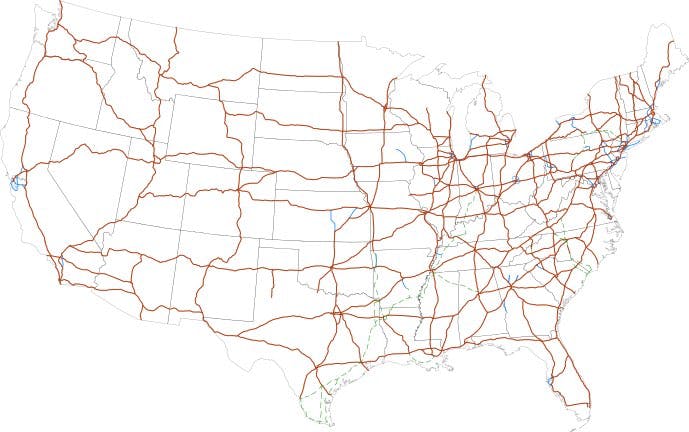 25) The Parents from Peanuts

There’s so much horrifying Rule 34 of the kids from Peanuts—some of it ages them up to teen or even adult bodies, and the grosser portion doesn’t even bother. It’s a bad ol’ world, Charlie Brown, and Charles Schulz is no doubt spinning in his grave.

The parents from Peanuts, however—best known for the wah-wah horn noises that replace their voices in the kids’ minds—have yet to be sexualized. Not entirely surprising, because we never see them on screen. Also kind of a bummer, because the result would practically be an art film. And it’s not like the dialogue would be hard to write.

26) Claude Monet’s “Women in the Garden” 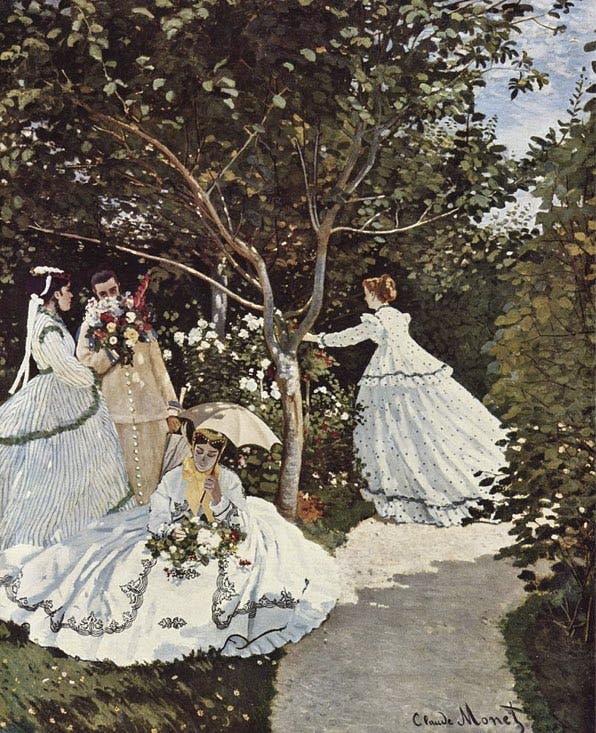 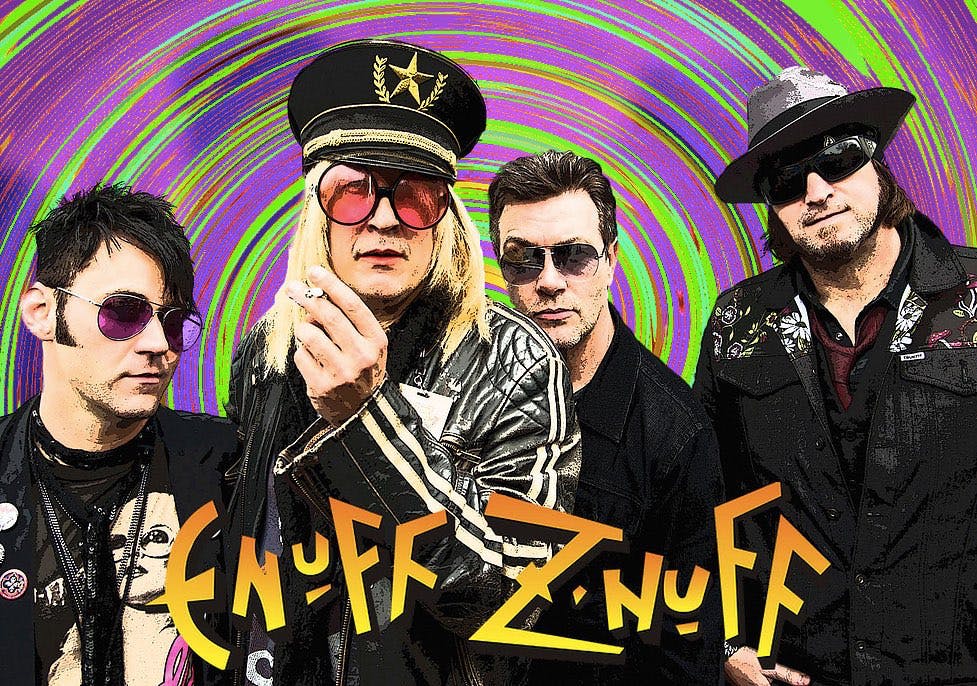 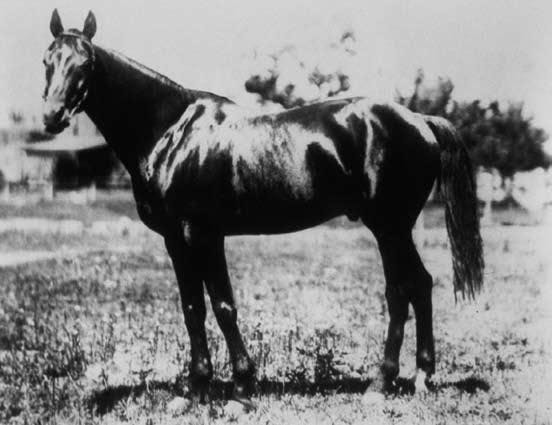 You know him from Apple‘s big media events, and from rocking gross sandals while courtside for the Golden State Warriors‘ playoff games. You don’t know him from pornography! He has money and power, which are reputedly sexy, but no one has bothered to Photoshop Eddy Cue nude. Maybe it’s the footwear?

Elizabeth Holmes, embattled founder of blood testing startup Theranos, recently had her net worth downgraded by Forbes from $4.5 billion to zero amid allegations of problems with the company’s test results. Multiple government agencies are now investigating.

Prior to that, though, Holmes was one the brightest rising stars in the tech world, drawing comparisons to Apple founder Steve Jobs. She was the youngest self-made female billionaire in U.S. history.

Powerful women are some of the most popular subjects of Rule 34. Notable women on both sides of the political spectrum, from Hillary Clinton and Elizabeth Warren to Sarah Palin and Ann Coulter, have had their heads Photoshopped onto nude bodies. And the business elite aren’t immune: Facebook executive Sheryl Sandberg has also been a target.

You’d think every remotely nerdy unit of intellectual property would have been repurposed to serve some 4chan geek’s sexual fantasies by now. But not HeroQuest, the greatest game of all time! A cracking game! Now that’s a gargoyle!