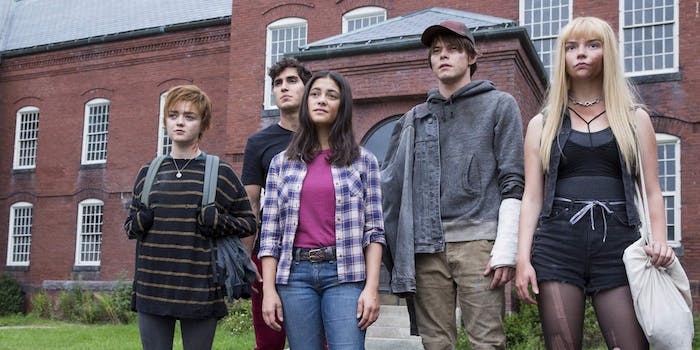 From rewrites to racism, this film production was a mess.

The repeatedly-delayed New Mutants finally came out this week to poor reviews, inspiring morbid fascination from film critics and X-Men fans alike. With its first trailer coming out all the way back in 2017, the film is now notorious for having its release date pushed back multiple times, dogged by rumors of extensive reshoots and creative conflicts behind the scenes. As it turns out, the reshoot rumors were false. But according to a new report published by Vulture, the behind-the-scenes issues were more convoluted than the speculation.

One of the prevailing questions was about the movie’s tone. Was New Mutants a teen drama? Was it a horror movie? Whatever it was, it wasn’t a traditional X-Men film, and there were many reports about creative differences between what studio execs wanted at Fox, and what writer/director Josh Boone actually delivered. This only got more complicated when Fox was acquired by Disney, making New Mutants a rather inappropriate addition to the Disney library.

According to Vulture, Boone pitched a 1980s blend of horror and John Hughes movies like The Breakfast Club. What he eventually delivered was a dark but PG-13-rated fantasy/horror film, and the journey involved extensive rewrites from a whole fleet of (from Josh Boone’s perspective) unwanted collaborators. Multiple writing teams were brought in to tweak Boone’s scripts, only to have Boone essentially revert back to his own vision. At one point some Fox insiders wondered if the entire film could be reshot due to its small budget, but then the Disney/Fox merger happened, and the film was stuck as-is.

One of Vulture‘s sources was quoted as saying the original script simply didn’t make sense during roundtable readings, and Boone wasn’t able to adequately explain it: “Enthusiasm is not an explanation.” Another key problem was the film’s edginess, which at various points involved more extreme horror elements and crude humor. One draft included the iconic X-Men hero Storm as a “sadistic jailer” in the mental hospital where the teen protagonists are trapped, which brings us to an ongoing issue: Boone’s problematic depiction of Black characters.

Like most of the X-Men films, New Mutants is a complicated mix of progressive and offensive. It’s the first big superhero film to have a queer couple among the lead cast, one of whom is Native American—another first. However, Boone also chose to cast a light-skinned actor (Henry Zaga) as the Brazilian superhero Roberto “Sunspot” da Costa, a controversial choice because the character was originally Black, and has a long history of being whitewashed in Marvel comics.

Boone’s poorly-worded explanation for this casting choice just added fuel to the fire, saying he “didn’t care” about racism in Brazil, and merely chose the best actor for the role—including his opinion that Zaga was especially good at portraying Sunspot’s wealthy background. This obviously implies that a Black actor would be less appropriate to play a rich character, which is both racist and counter to Sunspot’s canonical origins. In the comics, Sunspot’s mom is white, and his dad—a wealthy businessman—is Afro-Brazilian. Boone also cast the light-skinned actress Alice Braga as the recurring X-Men character Cecilia Reyes, a Puerto Rican mutant who is Black in the comics.

Sunspot’s whitewashing has been widely discussed in Marvel fandom for years, even more so once New Mutants was announced, but this clearly wasn’t an issue for Boone. Combined with the (thankfully mothballed) idea of rebooting Storm as a “sadistic jailer,” this paints a troubling picture of Boone’s attitude to Black characters. So in addition to his creative conflicts with the studio and the obvious difficulties of releasing a film during the pandemic, Boone has now managed to alienate many of the film’s target audience of young X-Men fans. Reading back over all the conflicts between Boone and Fox before New Mutants even started filming, it’s hard to see why he wasn’t just fired and replaced with another director. It certainly wouldn’t have been the first time for a movie like this one.