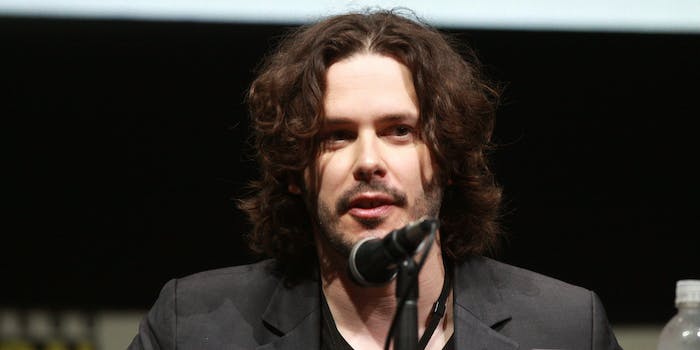 Edgar Wright is busy promoting his new movie Baby Driver, and unsurprisingly, people are asking him about Ant-Man.

Wright worked on Ant-Man behind the scenes for seven years, but left the project shortly before production began. The studio redrafted the script, and it proceeded with Peyton Reed as director. Since Phil Lord and Chris Miller just had a similar experience getting fired from the Han Solo movie, fans are especially curious about Wright’s experience in the studio franchise industry.

“The most diplomatic answer is I wanted to make a Marvel movie but I don’t think they really wanted to make an Edgar Wright movie,” he explained in a recent Variety interview.

“I was the writer-director on it and then they wanted to do a draft without me, and having written all my other movies, that’s a tough thing to move forward. Suddenly becoming a director for hire on it, you’re sort of less emotionally invested and you start to wonder why you’re there, really.”

This fits with speculation about Ant-Man‘s troubles, where fans suspected Wright had a more individual vision for the project, following his work on films like Scott Pilgrim and Shaun of the Dead. Meanwhile, Marvel wanted Ant-Man to fit with the style of its other movies. The end result was a film that, to be brutally honest, felt pretty bland and formulaic.

Judging by reports about Lord and Miller’s departure from Han Solo, they experienced a more extreme version of Wright’s creative conflicts at Marvel. Entertainment Weekly reported that “Lucasfilm and producer [Kathleen] Kennedy believed Lord and Miller were hired to add a comedic touch; Lord and Miller believed they were hired to make a comedy.” According to a source that EW describes as “close” to the two directors, “They thought they were brought on to make a Phil and Chris movie.” Lord and Miller are known for comedies like 21 Jump Street, using plenty of improvisation on set. Disney and Lucasfilm wanted an action blockbuster that fit with the overall Star Wars tone and aesthetic.

Lord and Miller’s Han Solo firing was scandalous, but like Edgar Wright, they’ll probably bounce back. Their other film and TV work is very popular, and it’s clear that many people—including industry insiders—sympathize with them over Lucasfilm. As for Wright, Baby Driver is getting rave reviews, currently sitting at 100 percent on Rotten Tomatoes.