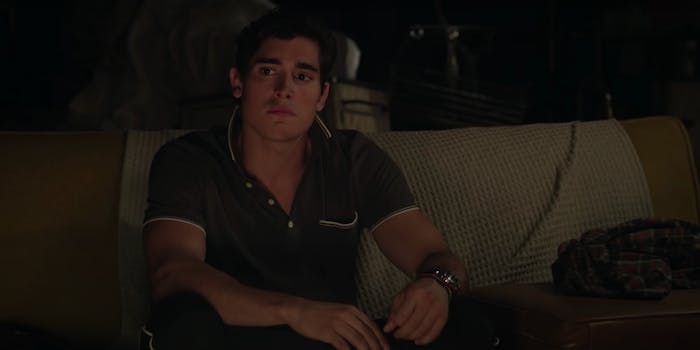 'To me, it was I wanted to represent Brazil in a positive way.'

After years in distribution hell, New Mutants is finally making its way to theaters. And while most audiences—nearly every critic—have yet to see the film, director Josh Boone is addressing one of New Mutants’ longstanding criticisms.

In New Mutants, Brazilian actor Henry Zaga plays Roberto da Costa, a mutant also known as Sunspot who gets super strength by absorbing solar energy. But many fans have objected to Zaga’s casting almost from the beginning and have called out New Mutants for whitewashing the character because, in the Marvel comics, Roberto da Costa is Afro-Brazilian, the son of a white woman and a wealthy Afro-Brazilian businessman. And the whitewashing of the character is an issue that isn’t unique to New Mutants.

In an interview with io9, Boone is asked directly by Charles Pulliam-Moore about the criticism over Zaga’s casting. He referenced the widespread casting search for a Brazilian actor to play Roberto da Costa and compared the process to cast a Native American actress to play Danielle Moonstar.

“My goal was to find the best actor who, because they’ve done so little work, was at least the closest to kind of what I saw in my head for the character,” he explained. “There was nobody who hold a candle to Henry. It’s like maybe if Henry didn’t exist, I would have found somebody who was darker skinned who exemplified what I needed. But it was never about the color of their skin for me.”

While Boone acknowledged that anti-Black racism existed in Brazil, it wasn’t something he was interested in exploring. As he praised Zaga’s performance, he doesn’t think fans should be holding a grudge against Zaga’s performance simply because of his skin color.

“I didn’t care so much about the racism I’ve heard about in Brazil, about light-skinned versus dark-skinned,” he continued. “To me, it was I wanted to represent Brazil in a positive way and I wanted to find somebody who seems like he could look like a guy who’s had the silver spoon in his mouth, who has like a really rich dad and [Henry] just exemplified all these things.”

While a certain aspect of criticism over comics accuracy in movie adaptation can get nit-picky at times, that’s not the case at all for Roberto da Costa. His biracial heritage is part of his story. In the character’s first appearance in Marvel Graphic Novel #4, his powers manifest because he’s the target of a racist attack by white classmates during a soccer game. Roberto’s father Emmanuel is also Afro-Brazilian; he’s a ruthless businessman who joins a secret society that aims to gain power through immoral means. Boone’s assertion that Zaga was his vision of “a guy who’s had the silver spoon in his mouth” versus an Afro-Brazilian actor is, if anything, is incredibly limiting and shortsighted.

Most of the world has yet to see New Mutants, and given the risky nature of seeing movies in theaters, it’s unclear if people will go and see the film. It’s possible that Zaga’s performance is one of New Mutants’ highlights. But no matter how the rest of the movie pans out, it’s a far different vision of the character than the comics depicted.

You can read the full interview at io9.