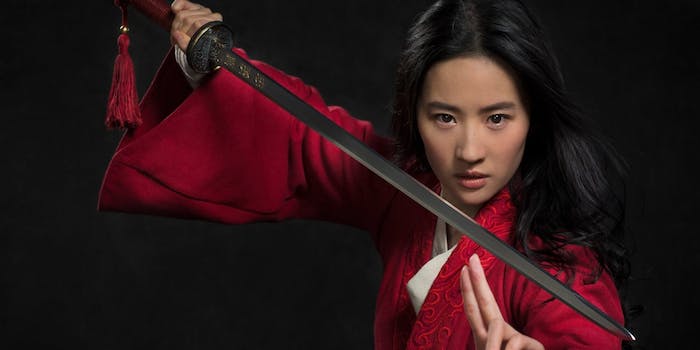 They join a growing list of films delayed by coronavirus.

Disney has postponed the release of Mulan, New Mutants, and the horror movie Antlers, joining a growing list of films delayed due to COVID-19. Disney theme parks are also closed until the end of the month amid efforts to limit the spread of coronavirus.

Mulan was scheduled for release on March 27, and already had its world premiere in Los Angeles this week. On Monday Disney was still planning to release Mulan as planned, but the rapid spread of COVID-19 is forcing businesses to make last-minute decisions like this.

From a public safety perspective, it’s a bad idea for large numbers of people to congregate in locations like movie theaters, increasing the risk of infection. And from the perspective of corporations like Disney, ticket sales will undoubtedly take a hit because audiences are being advised to stay home.

The new James Bond movie, No Time To Die, was the first mainstream movie to be delayed in response to COVID-19. That was on March 4. It’s now been followed by these three Disney releases, including the X-Men spinoff New Mutants, which was due out on April 3. The ninth Fast and Furious movie has also been pushed back from May 2020 to April 2021, and we’re likely to see more postponements over the next few months. At the same time, production is being halted on films that are currently in progress, including the upcoming Marvel spinoff Shang-Chi and the Legend of the Ten Rings, whose director is self-isolating while waiting for the results of a COVID-19 test.

Disney hasn’t announced new release dates for Mulan, New Mutants, or Antlers, but the studio “is looking at new potential 2020 release dates.” This could mean pushing back the whole Disney slate, swapping Mulan or New Mutants into the planned release date for Marvel’s The Eternals this November. Black Widow, which supposedly comes out on May 1, has not been postponed. Yet.