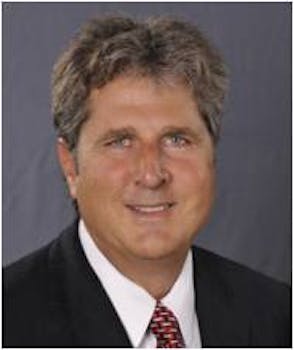 In a practice that is becoming more common, one prominent college football coach has banned his players from using Twitter, the Spokesman-Review reported.

Washington State University coach Mike Leach made the decision Tuesday. While some teams may already have social media guidelines for their players regarding when they can and cannot tweet during game day, Leach is taking more of a no-tolerance approach.

He means business, and he wants his players to stop using Twitter. Period.

“Quite frankly, if after today you see anything on Twitter from our team,” Leach explained, “and I don’t care if it says, ‘I love life,’ I would like to see it because I will suspend them.”

Leach didn’t go into further detail as to why he decided to ban his athletes from Twitter. He has his own Twitter account with 39,345 followers, but he has admitted that he doesn’t really operate the account himself and that it’s mostly used for promotion.

Leach ultimately started the ban shortly after he became aware of some vulgar tweets from WSU players, according to WSU athletic director Bill Moos. Moos is aware of his athletes on social media and occasionally checks their Twitter accounts to see whether they have tweeted anything inappropriate.

“I fully understand this is the youth of today and so forth, but we have to have our attention and focus on building a football program here, and our players need to have that as their priority,” Moos told the Spokesman-Review. “They aren’t bashing coaches or the program or any of that, but it’s not what we want to be perceived as how our program is represented.”

While full-out bans are unusual, this is not the first time a college football coach has stepped in and restricted Twitter access for his athletes. Florida State University coach Jimbo Fisher pulled the plug on his players’ tweeting habits even before the current season began. Boise State University, the University of Kansas, and the University of South Carolina have similar Twitter bans.