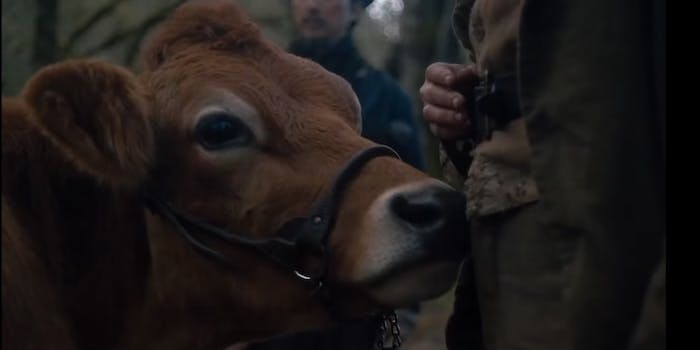 All the new movies on demand due to COVID-19

Due to the pandemic, a ton of new movies are now available online.

The covid-19 pandemic threw 2020’s movie calendar into chaos, delaying summer releases and halting production on numerous other films. Some have already settled into later release dates (including the new James Bond movie and this year’s Marvel spinoffs), but others wound up streaming online instead. Here’s a guide to all the new movies on demand in 2020.

Originally scheduled for theatrical release, these films have shifted onto online streaming platforms like Disney+ and Netflix.

Kelly Reichardt’s critically acclaimed historical drama is now available on VOD; a 19th-century Western about an unusual business venture between a Chinese immigrant and a cook in the Pacific Northwest.

While arguably not a feature film, the long-awaited live recording of Hamilton was originally planned for a big, splashy cinematic release. Disney decided to release it early on Disney+ instead, just in time for Independence Day Weekend. Now anyone with a Disney+ login can enjoy this smash-hit musical at home

The King of Staten Island

Comedian Pete Davidson is at the heart of this semi-autobiographical comedy directed by Judd Apatow. It was the most-rented movie on VOD during its opening weekend, but earned middling reviews overall.

Former Sleepy Hollow star Nicole Beharie plays the lead in this drama about a former beauty queen and her teenage daughter. Now available on VOD.

Emily Mortimer stars in this genre-bending horror drama, which originally premiered at the Sundance Film Festival in January. Now available on VOD.

Disney’s adaptation of children’s fantasy novel Artemis Fowl was originally due out in theaters on May 29. Now it’s on Disney+ instead, for understandable reasons: it just isn’t as good as Disney’s tentpole features like Mulan or the Marvel franchise.

This rom-com starring Kumail Nanjiani and Issa Rae was originally planned for a theatrical release, but is now available on Netflix instead.

The animated Trolls sequel was released simultaneously in theaters and on digital rental on April 10. A strategic choice because many parents are looking for ways to keep their kids entertained during lockdown.

Usually there’s a gap of several months between a film’s theatrical and home release. But movies that came out in March 2020 arrived on the cusp of the coronavirus pandemic, missing out on their audience as people began to stay home. Several studios decided to bite the bullet and give their films an unusually early home release, capitalizing on audiences looking for something to stream during lockdown. These new movies were made available on demand 1-3 weeks after their theatrical release:

We’ll see more films getting early digital releases, especially if lockdowns and social distancing continue beyond summer. This probably won’t happen to blockbusters like Wonder Woman 1984 or Christopher Nolan’s new movie Tenet but we could see some indie films get picked up by Netflix and Amazon.