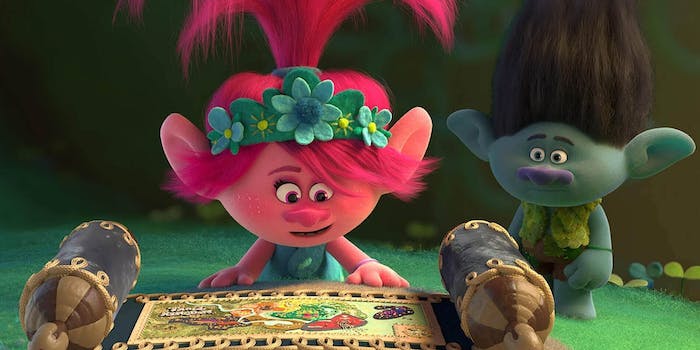 AMC Theatres, the biggest cinema chain in the world, will no longer screen any films from Universal Pictures.

The decision was made following the early VOD release of Trolls World Tour, which was originally planned for a theatrical run.

NBCUniversal CEO Jeff Shell told the Wall Street Journal that Trolls World Tour “demonstrated the viability of PVOD,” inspiring the studio to make a radical change in its release structure. Instead of waiting three months between a theatrical and home release, Universal will now release more movies on VOD and in theaters simultaneously.

Many customers will welcome this decision for reasons of safety and convenience, but it’s understandably unpopular with cinema chains. Family films like Trolls are an important source of income for movie theaters, which is why AMC responded so quickly by announcing a boycott.

In an aggressively-worded letter published by the Hollywood Reporter, AMC CEO Adam Aron characterized Universal’s announcement as a hostile move that breaks a longstanding business partnership between the studio and AMC.

“It is disappointing to us, but Jeff’s comments as to Universal’s unilateral actions and intentions have left us with no choice. Therefore, effectively immediately AMC will no longer play any Universal movies in any of our theatres in the United States, Europe, or the Middle East. This policy affects any and all Universal movies per se, goes into effect today and as our theatres reopen, and is not some hollow or ill-considered threat.”

The letter also reveals that Universal and AMC had already been discussing changes to the cinema release window, which typically mandates a 90-day gap between theatrical and home release.

The rising popularity of streaming services meant that the model was already evolving. But the coronavirus pandemic encouraged some radical updates and completely removed the option for theatrical releases.

Judging by Aron’s letter, AMC believes that Universal used the pandemic as an excuse to embrace a preexisting desire for more VOD releases. So now the two companies are openly feuding.

With this precedent from AMC, other cinema chains may follow suit with similar boycotts. No matter what happens, cinema chains are going to lose money for the next few months as audiences avoid entering crowded places.

But that doesn’t mean the in-person cinema experience is gone for good. All major Hollywood studios have films on schedule for cinematic release, and more importantly, the cinematic experience is just different from watching a movie at home. People like seeing movies in theaters, and the main reasons they avoid it are circumstantial, like overpriced tickets or, at the moment, a pandemic.

That leaves plenty of time for AMC and Universal to come to an agreement. If they don’t, then audiences will have to find a non-AMC theater to watch upcoming Universal releases, including Jurassic World: Dominion, the ninth Fast and Furious movie, and any horror films from Blumhouse Productions.