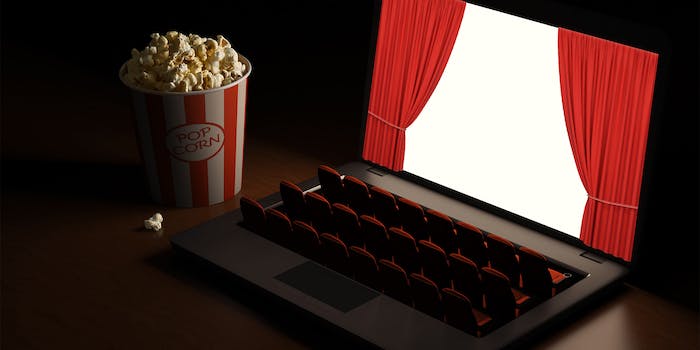 Hours of free and inexpensive entertainment is only a click away.

The coronavirus pandemic has essentially halted life as we know it as theaters and venues remain closed. And for us stuck at home, there are plenty of ways for us to get our entertainment fix with virtual concerts, livestreams, and screening rooms.

Between the vast libraries of Netflix, Hulu, Amazon Prime, HBO Now, and many other streaming services, we have plenty of options on where to watch. But as the wait to reopen movie theaters, Broadway, the opera, concert arenas, and more will last at least several more months, it’s not quite the same as the real thing.

Fortunately, a number of initiatives have already started to fill that gap. While several studios have delayed their movies, released them on demand, or opted for a straight streaming release, others have opted for another option. Some independent movie theaters are offering virtual screening rooms where you can rent some smaller films that would’ve otherwise been in theaters. And while we still can’t see live performances, there are plenty of places streaming or placing a number of iconic shows and concerts online for free.

The 9 best virtual experiences for movies, music, and live performances

In the wake of theaters shutting down, smaller distributors with indie films set to be released were left with the decision to delay or re-release their films (like A24 chose to do with First Cow), put them on streaming services early (like Neon did with Portrait of a Lady on Fire), or make them available to rent on-demand (like Focus Features did with Never Rarely Sometimes Always). Kino Lorber, which had just released Bacurau in American theaters, went with another option: Bring the theater to us.

It initially teamed up with 12 independent theaters across the country (including Film at Lincoln Center, the Austin Film Society, and BAM) to launch Kino Marquee, a virtual cinema that lets viewers directly support their local independent theaters by renting the film through those respective theaters to watch in a virtual screening room. Revenue is split between Kino Lorber and the theaters. But late last month, the program expanded to include 150 independent theaters that now includes smaller theater chains like Alamo Drafthouse and Laemmle Theaters. To see what’s available to rent, head over to your local (or favorite) indie theater’s website.

While Alamo Drafthouse is participating in Kino Lorber’s virtual screening room program, its Alamo At Home virtual theater includes two of the theater chain’s oldest staples: Terror Tuesday (in which horror films get the spotlight) and Weird Wednesday (strange and bizarre films on the fringe). To see what’s available, head over to Alamo Drafthouse’s website.

The opera was probably unattainable for many of us even before the pandemic started, so the free daily offerings from the Metropolitan Opera are not only free entertainment, but it can help introduce new audiences to opera who would’ve otherwise not had access to them.

A new opera will drop on the Met Opera’s website or through the Met Opera on Demand app every day at 7:30pm ET and will be available to watch afterward for the next 23 hours (6:30pm ET).

The long-running Jewish cultural and community center has made decades of talks, readings, and performances available to the public while streaming selections from those archives online daily.

Along with the Metropolitan Opera’s nightly stream, Lincoln Center is offering hours of free classes, workshops, concerts, and ballet performances for anyone to watch.

Last month, London’s National Theatre unveiled its plan to stream some of its plays—several of which already have a second life courtesy of theatrical events—every Thursday at 7pm GMT (2pm ET). After the livestream, the plays would be available to watch on the National Theatre’s YouTube channel for a week.

After its first four shows, the National Theatre announced its next set of plays, which includes the 2011 production of Frankenstein starring Benedict Cumberbatch and Jonny Lee Miller (who both took turns playing the two lead roles).

On the heels of the National Theatre’s rollout, Universal revealed that it would host weekly livestreams of famous Andrew Lloyd Webber productions Fridays at 2pm ET at the new YouTube channel titled The Show Must Go On. After each new musical debuts, you’ll have 48 hours to watch it before it disappears.

We can’t head to Broadway to see talented performers belt their hearts out, but they’re giving us the next best thing: performances from home. Broadway World is hosting a series of daily concerts from Broadway performances. While some of them sing songs from shows that they’ve performed in, others have taken to covering songs from other shows as well as non-musical songs.

If classical music is more your speed, CultureNet is hosting a series of performances and Q&As with masters of their crafts on Facebook Live several times a week. But fortunately, if you miss a particular performance, you can still access the videos on Facebook.