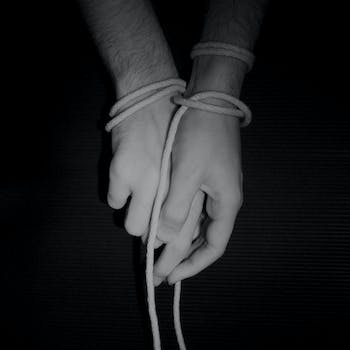 Memot entrances redditors with his story of being kidnapped in Mexico—and saved.

Some 1,847 people were kidnapped or abducted in Mexico in 2010. One of those was allegedly a Redditor who took to the social news site late Sunday night to share his story.

“I was kidnapped a year ago for 12 days, police finally rescued me and the people who kidnapped me were set free some time ago,” memot wrote on the post. “I have seen people being decapitated, I have been on a shooting and seen people hung on bridges.”

Memot says he’s a 21-year-old from Hermosillo, Mexico, a large city near Arizona, where “government [in] some areas is practically nonexistent and where pizza gets to your place faster than the cops.” He comes from a middle class  family and is unfazed by the recent deaths of bloggers in his country and trusts that no one will bother to reveal his identity.

To help prove who he is, memot provided an electricity bill from his city dated Nov. 8. When this image was searched for in Google, no others turned up. The Daily Dot cannot confirm memot’s story but redditors, who are usually a skeptical bunch, seem to believe he’s telling the truth.

Memot’s post collected more than 300 comments from people eager to hear the details of his abduction and some who sympathized with the violence plaguing Mexico.

“I grew up in Juarez and I still have a good amount of family there, although we have been lucky because no one really close to me has suffered from anything serious,” wrote dynamite666. “Just reading posts like these makes it really hard to hold back the tears because it just feels like my home and childhood was just a very surreal dream. Juarez is nothing like it used to be, and from what i hear the rest of Mexico is way different as well.”

Here are some questions redditors had for memot (who said his English wasn’t very good).

memot: Easily the most horrible experience in my life. I was kidnapped on my way hom from a nightclub. Three guys on a huge black pickup showup while we were entering our car; one of them grab my girlfriend and i kick him. Other guy walks to me and points a maching gun to me and orders me to calm down… I try to calm myself and then another one punches me in the head and they simply take me to their car. I was then blindfolded and i could feel us moving. I tried to keep track of ur movements; kind of like trying to keep a GPS on my mind of where we were heading to. I was held on a pretty good house on a suburban area i have never been before.

Treated like shit for those 12 days. Ate nothing but tortillas (except for one day)and water and i was held with other guy on a small 2×2 i think room We had two pillows and a couple of blankets along a pencil and a small notebook to write stuff on. We defecated and peed there and after that one of our captors would throw a bag a couple of towels and soap so we could clean up.
We got free on the most movielike manner; idiots gave us a fork to eat some spaghetti the second day (i owe my life to the FSM) and we used the metal on it to make a small hole on the wall. Just enough to fit a piece of paper. We then wrote messages on the towels they gave us and threw them on the hole outside. Eventually a neighborhood kid saw the papers and went to pick one up. Told his parents and bam we’re free.

However we were very lucky, most of these “security houses” are on normal neighborhood and no one knows. And even if they do most neighbors are too scared to call the police now.

rm_a: Did the police get involved? How did you get out?

memot: multiple police forces. (local, state, federal) raided the house searching for kidnapped people, we were woken up as they raided it early in the morning. They eventually got to our room and tu us

oldspice75: When did you see decapitation? How much ransom did your kidnappers ask for you? Did your family pay it? What do you do to avoid crime? Do you know anyone who was murdered?

memot: We were on the highway en route to Arizona to do some shopping, and we passed through a bunch of high-end cars parked on the side of the road and we could see a bunch of people with a guy on it’s knees on the middle. We slowed down so we could see what was happening and a guy with a chainsaw cut the poor guys head. A shitload of blood. We accelerated to no end for like 400km until we reached Nogales, Arizona.

frigginjesus: Would legalizing drugs in the US ease the violence or make it worse?

memot: I don’t think that this problem has only 1 solution. I think many things need to be done. What I mean is that we don’t know what will happen with the drug cartels once the US legalize the drugs. They will not start making a honest living just because they lost the great US market. The mexican government will need to solve some problems first, about the economics in the country, the job opportunities, etc.

eat-a-dick: Do you think the United States should intervene?

memot: this is a difficult one. One one side yes, it’s pretty obvious Calderon is loosing control of the country but on the other hand it’s America World Police again. What happens after the cartels are gone? I can bet the US wouldn’t like to just return with nothing in return.

Asadm107: You speak english pretty well, but my question is: Would you leave your job and home in mexico, take your family and move to the United States illegally if you could? Also is there any other option for Mexicans to find safety somewhere?

memot: Never, and specially illegally. I’m proud of my country and i do believe that this will be over in 20 years max (when young people now grow up and start taking important positions)