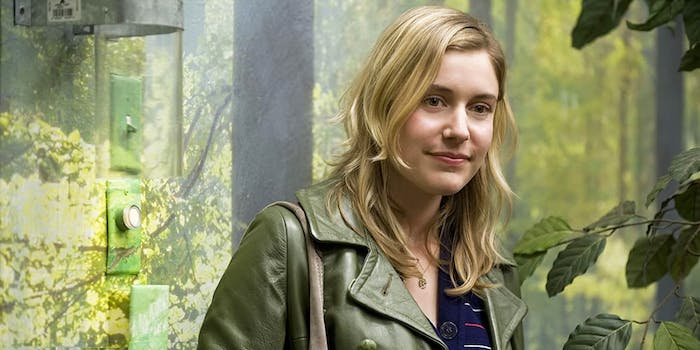 Greta Gerwig looking ‘basic’ in an old photo is a meme

She hopes this email finds you well.

Actress and director Greta Gerwig is known for her humble beginnings in the mumblecore film movement, to her turn as a high-profile actress in a variety of mainstream movies, and finally as the creative force behind projects such as Ladybird and Little Women. However, when Gerwig was just finding her career footing in 2010, she appeared in the comedy-drama Greenberg, written and directed by (her now-husband) Noah Baumbach.

While making the press rounds leading up to the release of the film, Gerwig sat down for a Q&A with the San Francisco Chronicle. And now, just over a decade later, the unfortunately basic-looking photoshoot for that interview has surfaced on Twitter as a meme.

In the image, the Gerwig we now know (or even, then-knew, for that matter) seems unrecognizable in a crisp pair of black khaki pants paired with a smart magenta sweater and black stiletto heels. Her head is tilted with her long blonde hair swept to the side—and the actress uncharacteristically is sporting a million-dollar smile, showing off her pearly whites.

On April 12, 2020, user @GREENKNIGHT tweeted the photo with the caption, “How is this picture of Greta Gerwig real.”

According to Know Your Meme, this is the first present-day instance of the image showing up online, and it quickly garnered over 27,000 likes and 1,000 retweets in just two days. It didn’t take long before others got in on the fun.

“The most cisgender photograph ever taken,” quipped one user, while another piled on, “She hopes this email finds you well.”

From there, the memes only got more and more savage, roasting the wholly-basic “Karen-ness” of Gerwig’s look.

“Let’s discuss,” added another user, putting the photo side-by-side another shot of Greta Gerwig from the set of Lady Bird.

However, comedian George Civeris noted that as a “Barnard graduate from Sacramento who loves Little Women,” what does anyone actually expect of Gerwig?

For real though, someone point to the lie, here.