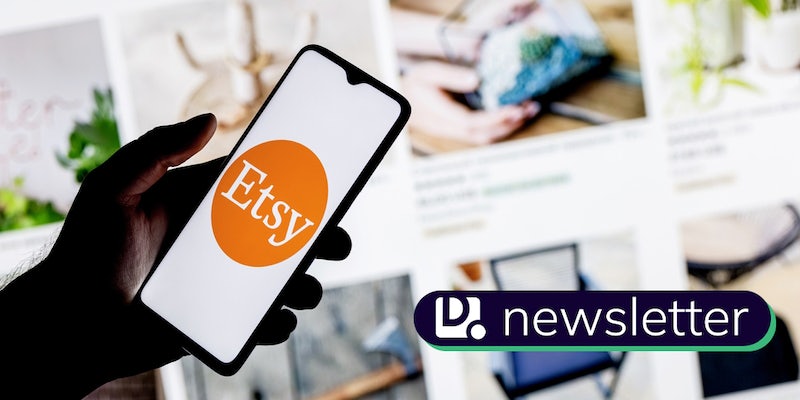 Newsletter: Why Etsy sellers are on strike

In today's Internet Insider newsletter, we also have our weekly 'Tech Analysis' column.

We’ve got a full slate of news to get to today. Our top stories include a strike by sellers at Etsy, people coming up with theories about why Elon Musk backed out of his Twitter board seat, and a lawsuit over a “Let’s Go Brandon” cryptocurrency.

Meanwhile, I write about the growing calls for the Senate to confirm Gigi Sohn and Alvaro Bedoya to the FCC and FTC.

ETSY STRIKE: Etsy sellers are temporarily deactivating their stores this week to protest the company upping its transaction fees. Customers are being urged to boycott Etsy during the strike, and people are pledging their support via an #EtsyStrike hashtag. You can read more about the strike in our report from our Culture Reporter Gavia here.

ELON MUSK THEORIES: Elon Musk abruptly backed out from an agreement to join Twitter’s board of directors less than a week after he set the internet on fire after he bought a ton of Twitter stock. It isn’t clear why Musk backed out, but that hasn’t stopped people online from coming up with their own theories. Our report sifts through some of them. Check it out here.

‘LET’S GO BRANDON’ COIN: A class-action lawsuit has been filed in Florida that alleges the founders of the “Let’s Go Brandon” cryptocurrency engaged in a pump-and-dump scheme. One of the coin’s promoters was right-winger Candace Owens. The suit alleges that the defendants “made false or misleading statements to investors” about the coin. Check out our full report on the lawsuit here.

Two weeks ago, the Senate moved forward with a procedural vote to move Alvaro Bedoya, President Joe Biden’s nominee for the Federal Trade Commission (FTC), out of committee and set him up for a full vote in Congress’s upper chamber.

While he’s still awaiting that full vote, the vote two weeks ago was one more step toward finally filling out the FTC. So now the question becomes: what about the other major hole to fill at the Federal Communications Commission (FCC)?

The latest delay in movement on the nominations is just another example of the snail’s pace that the nominations for Bedoya and Gigi Sohn, Biden’s FCC nominee, have moved at. Both Bedoya and Sohn’s confirmations would give the FTC and FCC Democratic majorities and allow the agency’s to tackle issues that would require party line votes.

With the end of the confirmation process—the thus Democratic majorities—in sight, the continued delays are getting attention from both lawmakers and public interest groups.

Sohn went through a long confirmation process that was marked with obstruction by Republican senators. The Senate Commerce Committee voted along party lines on Sohn’s nomination in early March.

Since then, there hasn’t been much talk about when Sohn would have a similar procedural vote that Bedoya had by the Senate to set her up for a full vote.

That slow movement was noted by lawmakers during a FCC oversight hearing in the House of Representatives on March 31.

Rep. Mike Doyle (D-Pa.), the chairman of the Subcommittee on Communications and Technology, said he hoped that Sohn would quickly be confirmed when he welcomed the commission’s current four members to the meeting.

Similarly, Rep. Frank Pallone (D-N.J.), the chairman of the House Energy and Commerce Committee, said “while it was my hope to have a full, five-member Commission with us today, we are glad to have the four of you here,” in his opening remarks.

Meanwhile, public interest groups have also turned their attention to the continued delay of Sohn’s confirmation.

“Senate Republicans and industry lobbyists have blatantly blocked progress for these exceptional FCC and FTC picks. But we can’t pin the blame entirely on Republicans. The failure of some Senate Democrats to see through these tactics and expediently confirm Sohn and Bedoya is undermining these agencies’ ability to close the digital divide, rein in big tech, and fulfill many other priorities that Senate Democrats espouse,” Craig Aaron, the co-CEO of Free Press Action, said in a recent statement.

Aaron added: “Continued inaction on the FCC and FTC nominations would squander too much of the time these agencies need to address the many crucial communications policy issues before the nation. There’s so much important work ahead, and having both Sohn and Bedoya in place ASAP is essential to getting it all done.”

Once Sohn is eventually confirmed—it is likely the vote will be split between Democrats and Republicans in the Senate, with Vice President Kamala Harris breaking the tie—the FCC would be able to tackle a number of issues like voting on restoring net neutrality rules and the agency’s authority over the broadband industry.

‘If you’re seeing this, it’s meant for you’

Mystics are taking over social media platforms like TikTok, so if you’re thinking about getting into the tarot game, we’ve got you covered. From esoteric classic decks to pop culture-inspired works of art, here are the best tarot decks and books to read your future.

A person claiming to be a Starbucks manager shared what she claims is the company’s union-busting tactics.

New to filing your taxes? TurboTax might be the best option for you.*

In “Death on the Internet,” the Daily Dot explores how this digital self can live on in the internet’s memory—even after the actual self has abandoned it.

A Hooters waitress went viral after she posted a video that claimed a group of underage boys refused to tip her and drew a middle finger on their receipt after she wouldn’t serve them alcohol.