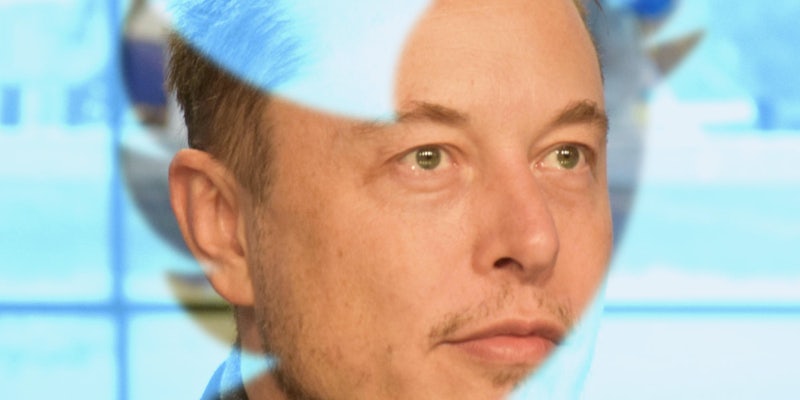 ‘So it’s the background check’: Everybody has a theory about why Elon Musk isn’t joining Twitter’s board

'Elon was told to play nice and not speak freely.'

Just one week later, Musk has done it again. Everyone’s got a theory about why he abruptly backed out of an agreement to join Twitter’s board of directors.

Days after Musk’s purchase, which made him Twitter’s largest shareholder, Chief Executive Officer Parag Agrawal announced that Musk would join the board. The move was to become effective on Saturday.

On Sunday night, Agrawal revealed that Musk had decided not to join the board after all.

In a statement posted on Twitter, Agrawal said that while they’d been “excited to collaborate” with him, this is “for the best.”

“Elon is our biggest shareholder and we will remain open to his input,” Agrawal wrote. “There will be distractions ahead, but our goals and priorities remain unchanged.”

Agrawal didn’t offer any further clarification about why Musk backed out.

That hasn’t stopped people from coming up with their own theories.

Several brought up Agrawal’s reference to the background check prerequisite for joining the board.

It’s not clear what they believe would be problematic about Musk’s background.

Another person theorized that Musk backed out because some experts believe he broke the law by failing to report his stock purchase to the Securities and Exchange Commission on time. Last week, the Washington Post reported that Musk revealed he’d reached a 5% ownership stake in Twitter 11 days after he was legally required to—an omission that kept the stock price down as he continued buying shares, potentially earning him $156 million.

One Twitter user offered a much simpler explanation. “So basically he refused to join the board so that he could continue to talk shit about Twitter without get sued lol,” @KnowNothingTV tweeted, noting that Agrawal had mentioned that board members are required “to act in the best interests of the company.”

Musk spent part of the weekend alternately blasting and making suggestions for Twitter, such as charging a fee to use it or turning the company’s San Francisco headquarters into a homeless shelter “since no one shows up anyway.”

The shelter idea may sound strange, but there’s actually precedent for it. Amazon has a shelter attached to one of its office buildings.

In a tweet mentioning that some top accounts on the platform don’t use it very often, Musk wondered, “Is Twitter dying?”

The tweet says, “Let me break this down for you: Elon became largest shareholder for Free Speech. Elon was told to play nice and not speak freely.”

Others believe Musk backed out because he didn’t want to be limited to buying 14.9% of Twitter’s stock, as the company required him to do to join its board.

“He’s likely going for more,” wrote one, echoing rumors that Musk is planning a hostile takeover.

Ron Watkins, the man widely believed to be behind Q, the eponymous character whose cryptic posts and failed predictions gave rise to the QAnon conspiracy theory about a secret group of cannibalistic pedophiles, claims “extreme liberal” Agrawal “refused to back down on conservative censorship.”

True to form, he offered a convoluted prediction.

“Musk will continue to grow his activist position externally and apply additional pressures,” Watkins wrote on Telegram. “Mark my words, this will end with FULL restoration of free speech.” (Free speech rights don’t apply to private companies like Twitter.)

At this point it’s anyone’s guess. Musk is thus far keeping his reasons for declining to join the board to himself.