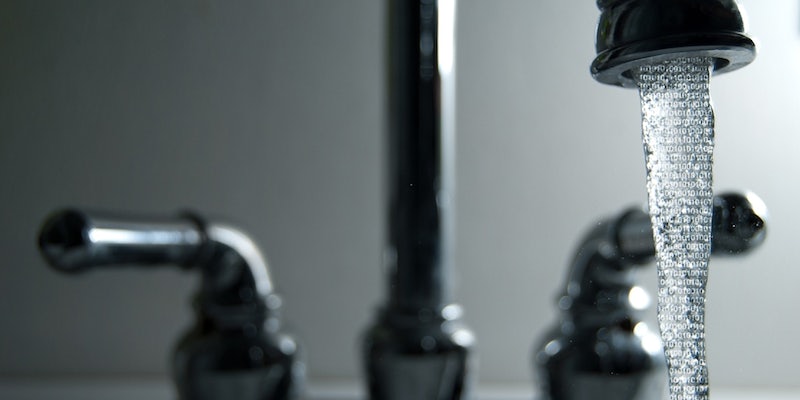 Comcast exec to customers: Your uncapped-data days are numbered

Internet users could be charged more for using over 300GB of data a month.

Cable Internet subscribers already leery of the impending Comcast–Time Warner super–merger now have a new cause for concern.

“I predict that in five years, Comcast at least would have a usage-based billing model rolled-out across its footprint,” Cohen said.

Comcast, which provides broadband Internet service for about 20 million Americans, has already debuted data caps in certain markets (mostly throughout the south) during the past year. These caps are generally set at 300GB worth of data per month, and customers who exceed this limit are charged $10 for each additional 50GB of data used. During trial periods, Comcast has adopted a three strikes rule allowing customers to exceed data caps three times during a 12-month period without incurring extra fees.

According to Comcast, the fees are designed to only apply to the biggest data users, not the average rank-and-file customer. The company told ArsTechnica last year that “98 percent of our customers nationally don’t use 300GB/month.” Cohen also told investors this week that the caps may be raised to 500GB within five years to further ensure that most customers don’t go over the limit.

“[W]e will always want to say the basic level of usage at a sufficiently high level that the vast majority of our customers are not implicated by the usage-based billing plan,” Cohen said. “And that number may be 350 – that may be 350 gig a month today, it might be 500 gig a month in five years.”

The VP said that the plan is not intended to leach more money from the average user. Rather, it’s a payment scheme designed to make sure those placing an extremely high demand on Comcast broadband services are paying their fair share.

“I think that is the way you can deliver the equity proposition that heavier users pay more and lighter users pay less,” he said.

Still, it’s plan likely to counter hostility, especially from Time Warner cable customers who feel like they have no voice in the coming takeover by Comcast. Sen. Al Franken (D-Minn.), a vocal opponent of the merger, wrote in a recent op-ed that he’s received communications from more than 100,000 people opposed to the buyout.

“Many note that they are unable to get a better deal because, where they live, there is only one viable option (in Minnesota, it’s usually Comcast),” Franken writes. “And they worry that this deal will only make things worse.”

However, Cohen concedes the possibility that the Federal Communications Commission might challenge their plan on a net neutrality basis. Critics have argued that data caps are a violation of open Internet policy. But with the FCC currently moving to allow Internet service providers to charge additional fees to content providers, the commission may not be the biggest champions of an open Internet.