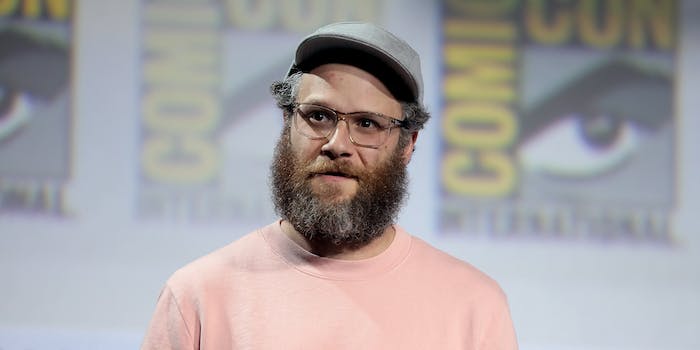 Rogen is under fire for supporting Franco through his sexual misconduct allegations.

Last week Seth Rogen finally distanced himself from his longtime friend and collaborator James Franco, who faces multiple allegations of sexual misconduct. Rogen said that he has no plans to work with Franco again, after years of supporting his friend’s career through scandals like Franco attempting to hook up with a 17-year-old girl. His belated statement seemed like a direct response to actor Charlyne Yi, who recently accused Rogen of “enabling” Franco’s behavior.

Now, Yi has published some advice for how Rogen could respond in a more constructive manner. At the moment, all Rogen has done is distance himself from Franco. He hasn’t explicitly stated that he sees Franco as an abusive figure, or held himself accountable for supporting Franco’s position in Hollywood.

Yi asked Rogen to apologize to survivors for supporting Franco and educate himself about sexual abuse and coercion in the industry. She also names several people who she thinks deserve a direct apology, including women who participated in a 2018 L.A. Times article accusing Franco of sexually harassing and exploiting female pupils at his acting school.

Yi, an actor known for comedic roles and voice work in children’s cartoons like Steven Universe, is one of the most vocal figures speaking out against Franco. She had a supporting role in Franco’s 2017 film The Disaster Artist (co-produced by Rogen), and attempted to quit the movie due to Franco’s abuse allegations. In an Instagram post last month, she said that members of the film’s creative team attempted to bribe her with a bigger role, describing Rogen as an enabler.

In the same post, she highlighted Rogen’s 2014 Saturday Night Live monologue, where he joked about Franco approaching a 17-year-old girl for sex. Last week Rogen said he regretted the joke, but denied that he knowingly enabled any abusive behavior: “I despise abuse and harassment and I would never cover or conceal the actions of someone doing it, or knowingly put someone in a situation where they were around someone like that.”