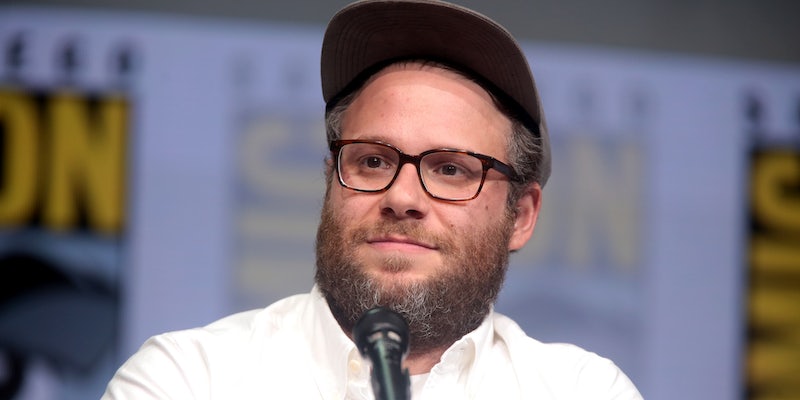 Rogen responds after being criticized for staying silent.

After several years of sexual misconduct allegations around James Franco, his frequent collaborator Seth Rogen has put an end to their working relationship. This came after actress Charlyne Yi spoke up about working on Franco’s 2017 movie The Disaster Artist, saying she tried to quit the film because Franco was “a sexual predator.”

Writing on Instagram last month, Yi said that the film’s creative team tried to bribe her with a bigger role, which was “the exact opposite” of what she wanted. Rogen was one of the producers, and Yi said “he definitely knows about the bribe and why I quit,” highlighting the fact that Rogen’s 2014 Saturday Night Live monologue playfully made fun of Franco pursuing teenage girls. This episode aired shortly after a 2014 scandal where Franco (then 34) sent private messages to a 17-year-old girl on Instagram, pushing to meet up with her in person.

Speaking to the Sunday Times this week, Seth Rogen said, “I do look back at a joke I made on Saturday Night Live in 2014 and I very much regret making that joke. It was a terrible joke, honestly.” In the monologue, Rogen joked about pretending to be a teenage girl to catfish Franco, who would continue to be his friend and creative collaborator for years to come.

In the same Sunday Times interview, Rogen said, “I also look back to that interview in 2018 where I comment that I would keep working with James, and the truth is that I have not and I do not plan to right now.” This likely referred to a Vulture profile where Rogen equivocated about the #MeToo movement, saying he would continue to work with Franco despite his increasingly numerous sexual misconduct allegations.

By this point the L.A. Times had published reports from five women accusing Franco of “inappropriate or sexually exploitative behavior” in his capacity as a professional mentor. In 2019 two female students from his former acting school filed a lawsuit alleging that Franco used the school to prey on young women. One of their accusations alleged that Franco forced his students to perform sexually explicit scenes on camera in an “orgy-type setting,” an accusation that Franco denies. The case was settled this year.

Rogen and Franco have been friends and creative collaborators since meeting on Freaks and Geeks in 1999, most recently working together on the 2019 film Zeroville. Rogen said in this week’s Sunday Times interview that Franco’s sexual misconduct allegations “changed many things in our relationship and our dynamic.” But while he has no plans to work with Franco again, he didn’t say that he’d fully broken ties with the actor.

Without referencing Yi by name, Rogen’s comments directly respond to her accusations on Instagram last month. Rogen told the Sunday Times, “I despise abuse and harassment and I would never cover or conceal the actions of someone doing it, or knowingly put someone in a situation where they were around someone like that.”

In other words, he wanted to distance himself from Yi’s accusation that he was Franco’s “enabler.” However this clashes with the fact that he continued to work with Franco for years after he was accused of targeting a 17-year-old girl for sex, and preying on young women in a professional environment. Rogen only commented on the issue after someone publicly called him out for his relationship with Franco, accusing him of protecting an abusive figure in Hollywood.