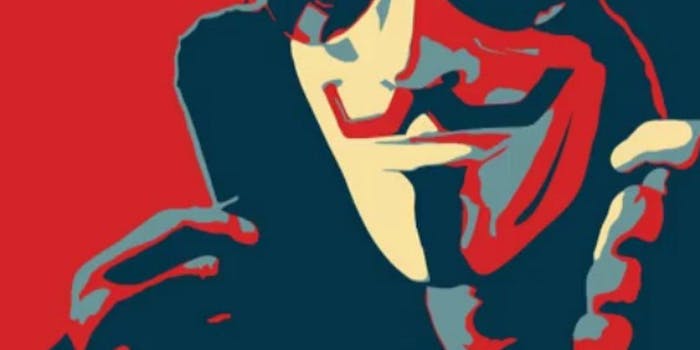 While the attacks lacked a clear message, the hactivist collective demonstrated its abilities over the weekend by taking down the website for CBS and hacking several prominent Twitter accounts.

The hacking spree by Anonymous and its supporters in revenge for the take-down of Megaupload last week claimed new victims over the weekend, ranging from CBS Corporation to the Twitter accounts of The Daily Show with Jon Stewart and The Colbert Report.

CBS found its site completely deleted on Sunday, save for one index page with a file titled “foundry.com.” Earlier this month as part of an attack against proponents of the Stop Online Piracy Act (SOPA), Sumner M. Redstone, a majority owner of the CBS Corporation, had his personal information posted on the Internet on Jan. 13.

The CBS website was back to normal by Sunday night.

Anons also brought UniversalMusic.com down again, as well as websites in Brazil and the French media company Vivendi, bringing the list of affected sites over the past two weeks to roughly 15.

Late Sunday evening, a group of Anon supporters operating under the Twitter account @ASHplusPIKACHU, hacked into the Twitter accounts of Comedy Central’s The Daily Show with Jon Stewart and The Colbert Report. (Both shows are favorites of Anonymous and have made references to the collective since 2008.)

This most recent sting, however, seemed to be part of a larger attack against Viacom, a massive entertainment conglomerate that supports SOPA and is also partly owned by Redstone. Other Viacom accounts compromised in the hack included @ComedyCentral, @Warriors_Den, and @Spike_TV.

Overall, however, the message from the attacks was pretty benign: “watch your security, bro <3,” read one tweet. While not affiliated with Anonymous, a duo tweeted a photo of themselves in costumes covering their faces and asked folks to follow their Twitter account, which  has since been suspended.

The other consistent thread from the attacks, in general, was the hashtag #stopACTA and #ActAgainstACTA. ACTA is short for Anti-Counterfeiting Trade Agreement, a proposed multinational agreement meant to establish international standards in regards to the enforcement of intellectual property rights.

Anonymous has warned that ACTA is even worse than SOPA on a global scale.