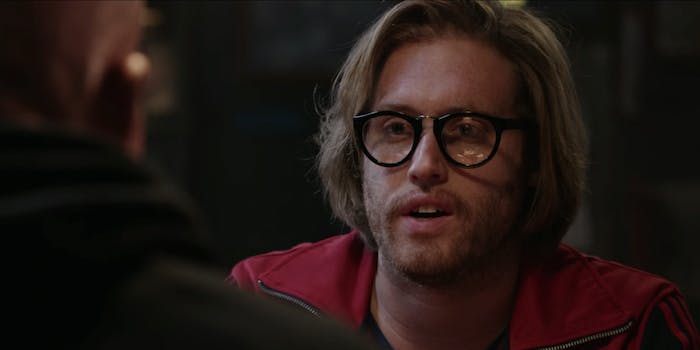 It's unclear if his character will show up in future movies after that.

Ridley Scott famously dropped Kevin Spacey from his film All the Money in the World in the wake of reports about Spacey’s sexual misconduct, replacing him with Christopher Plummer weeks before its release. It was a feat that only delayed the film’s release by three days. But that won’t be the case for another actor’s film, despite reports about his bad behavior coming to light.

T.J. Miller has a supporting role in Deadpool as Weasel and will appear in the untitled Deadpool sequel as indicated by the film’s teaser poster and teaser trailer. Last month, a former college classmate said that Miller sexually assaulted her while an adult film star and a transgender film critic also came forward and said that Miller harassed them.

But according to Lauren Shuler Donner, who is a producer on Deadpool, as well as multiple X-Men movies, the film has no plans to replace Miller.

“We’re in the final editing,” she told Rotten Tomatoes. “I don’t think so.”

In the same interview, Shuler Donner backed up Ellen Page’s account of X-Men: The Last Stand director Brett Ratner’s harassment on set and noted that X-Men director Bryan Singer, who’s being sued for an alleged sexual assault in 2003, “has some problems, and [he] needs to take care of his personal problems.”

And while she confirmed that Miller will show up in the sequel, she didn’t know what would happen after that movie.