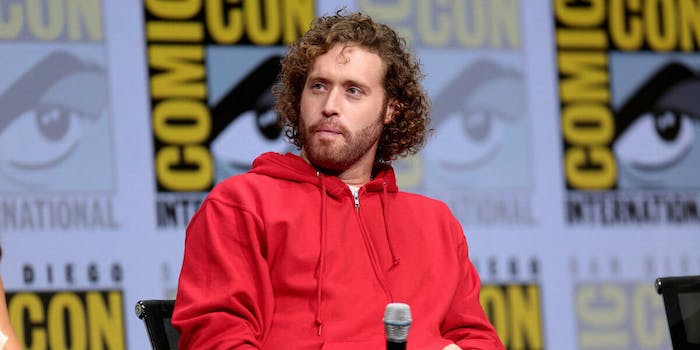 The woman accused him of punching, choking, and sexually assaulting her while attending George Washington University.

Speaking under the condition of anonymity out of fear of retribution, the woman said Miller punched, choked, and sexually assaulted her while he was a student at George Washington University, where both participated in a campus comedy troupe called receSs. She told the Daily Beast that she chose to come forward now because of the recent widespread airing of sexual assault and harassment allegations in the entertainment industry.

The Daily Beast spoke to several peers and associates of both the woman and Miller to corroborate the details of her story. Two George Washington University contemporaries said they were in the house where the two separate incidents allegedly took place and later testified in student court about hearing violent thuds and seeing bruises on the woman.

Miller and his wife, Kate, denied the claims and said in a statement, “It is unfortunate that she is choosing this route as it undermines the important movement to make women feel safe coming forward about legitimate claims against real known predators.”

You can read the report in full here.