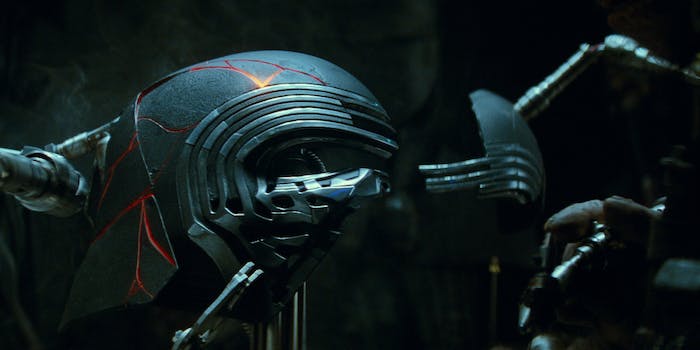 An unverified post is leading some to believe a J.J. Abrams cut of ‘The Rise of Skywalker’ exists

This article contains spoilers for Star Wars: The Rise of Skywalker.

Star Wars: The Rise of Skywalker has already earned more than $775 million worldwide since its theatrical release, but that didn’t come without its own set of complications. It was largely critically panned. Anyone hoping that The Rise of Skywalker would smooth over the two-year-old backlash to The Last Jedi would be left disappointed; if anything, the film’s attempt to please everyone (and what was left out) left fans even more divided. And we’re now at the denial stage of processing The Rise of Skywalker, in which some are convinced that an earlier and better version of the film exists.

The latest iteration of the backlash to The Rise of Skywalker has culminated in #ReleaseTheJJCut, which is definitely a riff on the years-long call for Warner Bros. to release Zack Snyder’s cut of Justice League.

The hashtag trended worldwide on Twitter earlier Tuesday after an unverified Reddit thread claimed that there is a longer version of The Rise of Skywalker, but studio meddling by Disney (and an apparent wish to personally sabotage J.J. Abrams) led to the finished product. Through a number of bulleted checkpoints and baseless claims, the post’s many claims attempts to absolve Abrams of some of the criticisms The Rise of Skywalker has received, including the vastly reduced screen time of Rose Tico, shying away from a Finn/Poe romance, and some of the film’s pacing issues.

Some of the tweets were likely from people who wanted to see that cut (and some were mad that a scene that included manifestations of the Jedi voices Rey heard, including Hayden Christensen as Anakin Skywalker, apparently got the ax). But the hashtag has also been used to mock the call and highlight the disinformation and absurdity surrounding the sudden belief in an unverified claim. And because #ReleaseTheJJCut is trending on Twitter, the claims are being spread even further.

You people will believe one anonymous source who spins the most elaborate story, but not reporters who have 25 years of verified history. You deserve the stupid movie news you get. #ReleaseTheJJCut

The Star Wars community is so polarized and so old that they've evolved past the idea of "post-truth" or whatever into something even weirder.

The leaks and the "planted leaks" have all become just part of the normal fan discourse.

It's like one meta level up from even QAnon.

#ReleaseTheJJCut is wrong and stupid.

You can see the JJ cut in your local multiplex now.

Note: This tweet was not written by a rando on reddit with a “source” but a journalist who has been in the biz for 17 years and has real sources on this production. https://t.co/dKqgFMNAWv

My TROS source who is definitely real and not made up tells me:

Finn, Poe, Rey and Ben were all supposed to kiss in the victory celebration scene

Rose Tico was going to be revealed as a Sith apprentice

The final showdown was between Palpatine and Baby Yoda#ReleasetheJJCut

Would that version of The Rise of Skywalker solve every single problem? Maybe; it’s hard to tell until we could see something like it for ourselves (and even then, it still probably won’t please everyone). You can also loop in that maybe a longer version of The Rise of Skywalker existed at some point in the way that a lot of movies have longer versions before being whittled down to something ready for release—and had nothing to do with alleged studio meddling. But the larger point of all this is, we have no proof that this version of the film exists—and even if it does, we’ll probably never see it.

Since The Rise of Skywalker’s release, we’ve heard bits and pieces of what went into crafting the film, along with reactions to certain plot points. Editor Maryann Brandon is only the latest to highlight just how little time everyone had to put the film together. Multiple people involved with The Rise of Skywalker, including co-writer Chris Terrio, Kelly Marie Tran, and Domhnall Gleeson, have all opened up about scenes cut from the film for one reason for another. Oscar Isaac has been vocal about putting the blame for the film not including a Finn/Poe romance on Disney.

But even with those comments, we don’t know exactly what went on behind-the-scenes during The Rise of Skywalker, a major film that thousands of people worked on and involved multiple moving parts. We don’t have people who’ve publicly spoken about how much Disney was involved with crafting the final product or if there is any truth to Abrams losing control of his film. Even if we do eventually get confirmation that this happened—and there is nothing in the original thread or call for the Abrams cut of The Rise of Skywalker that offers proof—we’re likely getting just one side of a story. A story that involved countless people working to make a film happen.

As far as we know, the Abrams cut of The Rise of Skywalker is the one in theaters and still making hundreds of millions of dollars for Disney, a company that is invested in its films making a profit. And if you want an expanded version of that? Well, you’ll only have to wait two more months for the novelization of the film to be released.