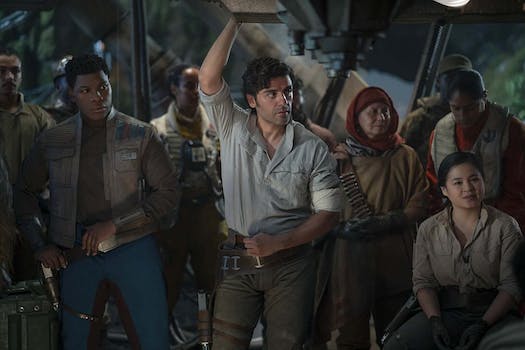 'I swear I saw Oscar Isaac’s soul die in that moment.'

Last month saw the end of an era with the release of Star Wars: Rise of Skywalker.

The film, which was the final entry in the Skywalker saga, was highly anticipated by fans. As do all things with a passionate fan following, the film impressed and disappointed in near-equal measure. Many fans lauded the film for its stunning visuals and exciting conclusion to the saga, while others felt let down by directorial decisions and ill-explained plot points. One such plot point was the return of Emperor Sheev Palpatine, which was teased in trailers in the lead-up to the film’s release. One line in particular, spoken by Oscar Isaac—who plays Poe Dameron—united fans.

Isaac’s general exhaustion in the final installment of the trilogy seemed to speak to fans. While not everyone was upset to see Palpatine return, the explanation—or lack thereof—for his reemergence in the film left a sour taste in many fan’s mouths. Isaac’s tired proclamation that “somehow, Palpatine has returned” quickly inspired a fresh wave of memes.

tired: genuinely explaining how palpatine could feasibly exist in TROS

The memes started flooding in. They were primarily focused around people’s exasperation with the tired, regurgitated storyline and Isaac’s perfect encapsulation of the emotion. “I swear I saw Oscar Isaac’s soul die in that moment,” one fan wrote.

His mouth was saying "Somehow, Palpatine returned", but his eyes were saying "I did not go to Juilliard for this".

“Somehow, Palpatine has returned.” I swear I saw Oscar Isaac’s soul die in that moment.

At least disappointed fans have Isaac to flawlessly capture their frustration. An icon.