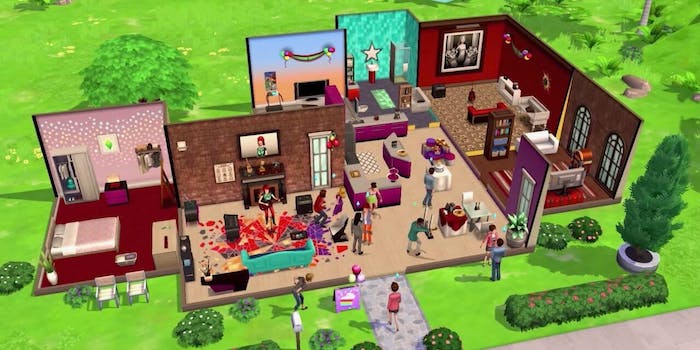 Create and shape multiple generations of Sims on your phone.

A new Sims game will soon arrive on our phones.

Electronic Arts revealed its latest Sims game, The Sims Mobile, on Wednesday. It’ll be available on iOS and Android, and although it’s already out in Brazil, the rest of the world will have to wait a little longer.

The free-to-play game will be similar to the Legacy Challenge, which has been around since The Sims 2. It challenges players to create and shape Sims over multiple generations with self-imposed rules and goals. Along with the usual character and setting customization features of a Sims game, users will be awarded Heirlooms by Sims after their goals are achieved, which will expand future Sims’ stories even more.

The Sims has dived into mobile gaming before: Both The Sims Freeplay and The Sims Social debuted in 2011. But while Freeplay expanded its release from the original iOS version, Social’s Facebook game shut down in 2013. But the latest PC version of the game, Sims 4, is still immensely popular, according to EA.

There’s no U.S. release date for The Sims Mobile, but you can sign up to receive updates on EA’s website.