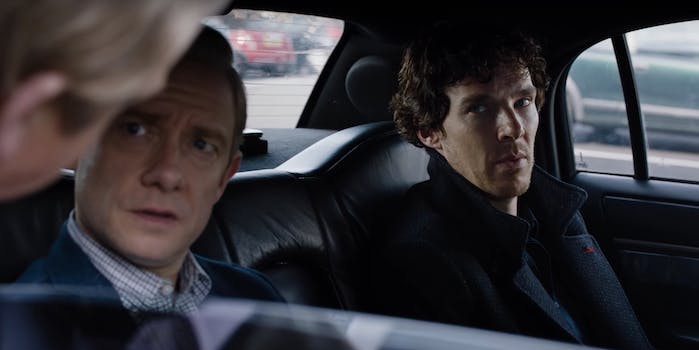 The wait for more Sherlock is almost over.

Sherlock’s official accounts announced Wednesday that the new season will arrive Jan. 1, 2017—exactly one year since its last episode—starting with “The Six Thatchers.”

Sherlock will return in The Six Thatchers on January 1, 2017. #Sherlock pic.twitter.com/s6RJdaOZdI

PBS, which broadcasts Sherlock in the U.S., also confirmed the Jan. 1, 2017 premiere date. As was the case with “The Abominable Bride,” American fans will be relieved to hear they don’t have to weeks or months after the U.K. premiere to see it.

Sherlock will return in "The Six Thatchers" on January 1, 2017 on MASTERPIECE on @PBS. #SherlockPBS pic.twitter.com/BsQKF8n4eW

Sherlock’s teaser poster features Sherlock Holmes’ famous violin, and ominously enough, the E string (the thinnest of the four) is broken. That doesn’t seem like a good sign for the famous detective and his trusted assistant.