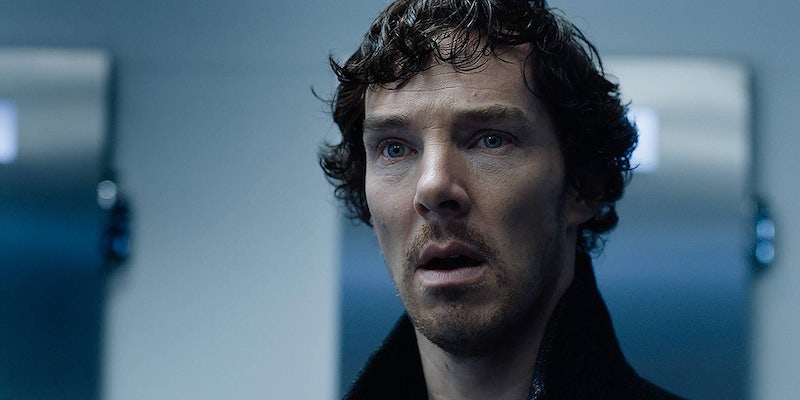 What do the new ‘Sherlock’ episode titles mean?

Do the new episode title offer hints about the plot of season 4?

The BBC just revealed some new episode titles for the next season of Sherlock, and we all know what that means: It’s time to analyze them for clues.

In case you missed it, here's the titles of the first two episodes of #Sherlock series 4. Intriguing… pic.twitter.com/YSugq8Gj7C

Showrunners Steven Moffat and Mark Gatiss have a deep knowledge of Sherlock Holmes canon, and their episode titles typically reference one or two of the Victorian stories—although they’re never direct adaptations.

“The Lying Detective” is an obvious riff on “The Dying Detective,” a short story where Holmes pretends to be terminally ill, while “The Six Thatchers” is a little more mysterious. It could be a version of “The Adventure of the Six Napoleons,” substituting six statues of Margaret Thatcher for the Napoleon statues in the original story. (Interestingly, John Watson’s official tie-in blog includes an old entry called “The Six Thatchers,” which uses this exact idea.) However, they could be using “thatcher” as a job title, referring to people who thatch roofs for a living.

As for the third episode, that’s anyone’s guess. Sherlock episodes tend to combine elements from several stories at once, remixing them into something new. But it’s worth remembering that each season of Sherlock has rebooted one of the four novels, leaving one left for season 4: The Valley of Fear, which begins with a mysterious message from Moriarty—just like the final scene of Sherlock‘s third season.