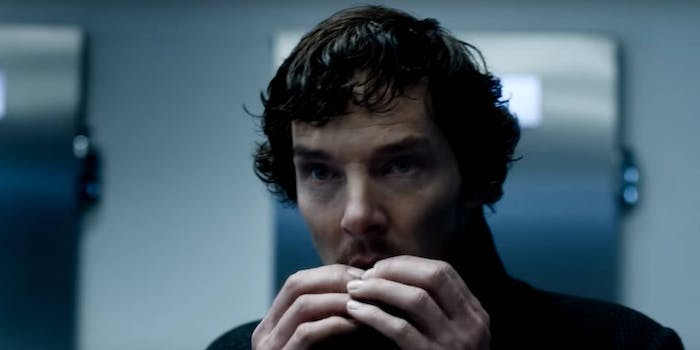 The first trailer for ‘Sherlock’ season 4 is here

The fourth season of 'Sherlock' looks to be its edgiest yet.

Just as everyone hoped, the Sherlock panel at San Diego Comic Con revealed the first trailer for season 4.

This trailer is basically the pinnacle of Sherlock. It’s action-packed and stylish, while giving absolutely nothing away. The most shocking revelation is the presence of Benedict Cumberbatch‘s goatee, possibly thanks to the overlap between filming Sherlock and Doctor Strange.

Oh, and for those who are keeping track of Sherlock‘s ever-increasing level of “darkness,” actress Amanda Abbington described this season as “the darkest yet and a real emotional rollercoaster.”

Season 4 is due to air in early 2017. We look forward to seeing all the fan theories about this trailer, because Sherlock fandom has a good six months to pick it apart.