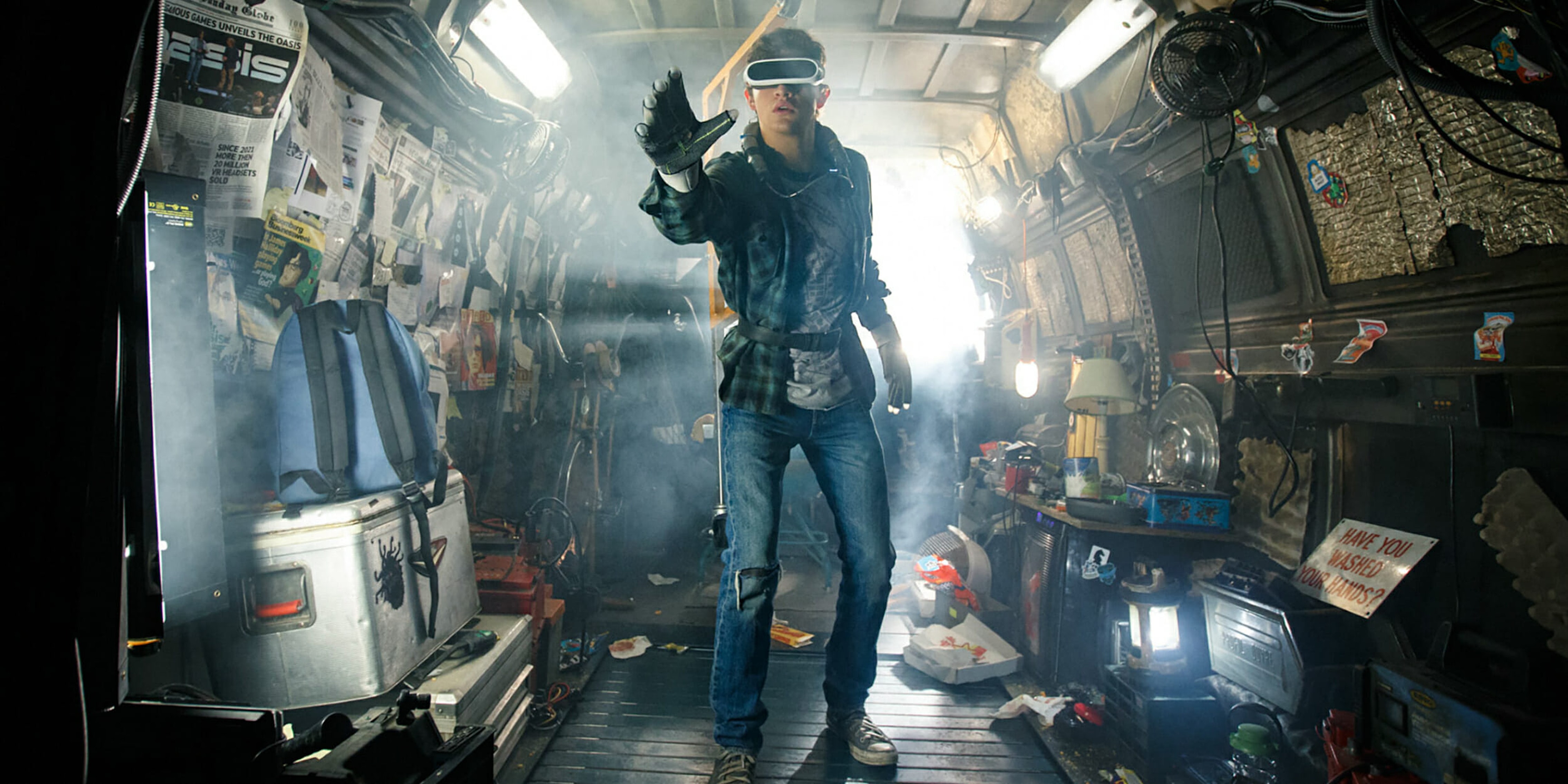 This review contains no major spoilers for Ready Player One.

Like some of the games it homages and reveres, Ready Player One is a spectacle fit for the big screen. Many of the set pieces and sequences are gorgeous—they’re both fantastical and hyper-realistic with just a hint of uncanny valley. But once you peel away the shiny aesthetics and the sheer number of pop-culture references, you’re left with poor plotting, pacing issues, and thin characterization that leaves you feeling empty.

I am, admittedly, not a fan of the book on which Ready Player One is based. The 2011 novel by Ernest Cline transports us to a dystopian 2045 and a virtual reality world called the OASIS. When OASIS co-founder James Halliday dies, it sets into motion a Willy Wonka and the Chocolate Factory-esque contest that tests players on their knowledge of Halliday’s beloved ’80s pop culture to win control of it all. Once praised for its ingenuity, the book has faced considerable pushback in recent months for its overreliance on nostalgia, its persistent sexism, and the kind of toxic fan culture that has reared its ugly head more visibly in the real world the past several years.

In the hands of Steven Spielberg (with a screenplay co-written by Zak Penn and Cline), Ready Player One attempts to course-correct some of the issues the book, however unintentionally, highlighted. It makes certain characters more sympathetic than its source material and gives others more of a backstory. The challenges to obtain the three keys that will allow a lucky player to win are more accessible to movie audiences, often relying on larger-than-life pop culture staples instead of the obscurest of the obscure nuggets that Cline’s did. (And what isn’t common knowledge is explained for those not in the know.)

For a story that largely takes place in a virtual and limitless world, it often feels very small. An exposition-heavy introduction to the OASIS from Wade Watts (Tye Sheridan), who goes by Parzival in the OASIS, highlights examples of how expansive the world created by Halliday (Mark Rylance) and Ogden Morrow (an underutilized Simon Pegg) is, but by the end, they only travel to a handful of places—and the real world isn’t much bigger. The line between virtual and reality starts to blur the longer you spend in the OASIS, but when both are presented at once, the illusion shatters.

The much-maligned pop culture nostalgia is spread throughout the film, both hidden in plain sight and up in your face. It’s present in the form of a one-up trivia contest between two characters and the cars that several of them use in a race to obtain one of the keys. The visuals behind some of the sequences are breathtaking, particularly the second challenge, with its drawn-out homage to a famous piece of media I enjoyed immensely despite not having seen its source.

References are also window dressing amid the themed worlds you can visit in the OASIS and among many of the heroes who rally together for the final fight. After awhile, it all becomes white noise. You recognize certain words and visuals, but none of it really matters; after a certain point, it’s distracting. They’re only a piece of the puzzle, however, with the other pieces sprinkled through Halliday’s own life in a series of flashbacks preserved in a digital library.

Wade isn’t as irritating as he comes off on the page, but he’s often a bland hero who makes bad decisions even as he advances through the contest. He’s full of naïvety and all-too-trusting in a world he knows from experience he shouldn’t trust, something which corporate head Nolan Sorrento (Ben Mendelsohn) and Innovative Online Industries (IOI) take full advantage of. His victories have a basis in his own knowledge, but they often don’t feel earned or come at the expense of other, more competent players.

Like Ant-Man, Ready Player One has a perfectly capable female lead in Art3mis (Olivia Cooke), who is thankfully given more to do than in the novel. She has something of a backstory and personal motivation to win the contest, and she proves herself to be resourceful and able to adapt quickly to a plan even in the face of grave danger. But even as she arrives as a competitor (one of the best in the world considering she’s one of the few people to obtain any of Halliday’s keys), she backs off to let the hero advance. Her romance with Wade, both in the OASIS and in real life, is rushed in a way that never feels real or meaningful.

Some of the world-building has problems at the foundation, both inside the OASIS and in Columbus, Ohio. Wade and Art3mis’ companions are never fully fleshed out, but Daito (Win Morisaki), Sho (Philip Zhao), and Aech (a scene-stealing Lena Waithe) do their best with what they’re given. Some of the more intricate themes behind Ready Player One are only addressed at a basic level, and as menacing as Sorrento appears to be, his motivations are only ever thinly illustrated beyond his plan to monetize the OASIS and litter it with ads. Other threads are introduced but dropped almost as quickly as the plot speeds toward the end. And some of the dialogue is groan-inducing, which includes Wade’s assertion that a “fanboy can always tell a hater” when facing off against the antagonist.

Your viewpoint on Ready Player One probably won’t change by watching the movie, but the heart of the movie is demonstrated (however unintentionally) with one of the finale’s set pieces. Facing off against Sorrento and the IOI, Wade and his friends recruit the rest of the OASIS to fight for its future. It’s a sight to behold, but at the end of the day, what you have is a cool-looking (and questionably included) robot with little else inside of it.