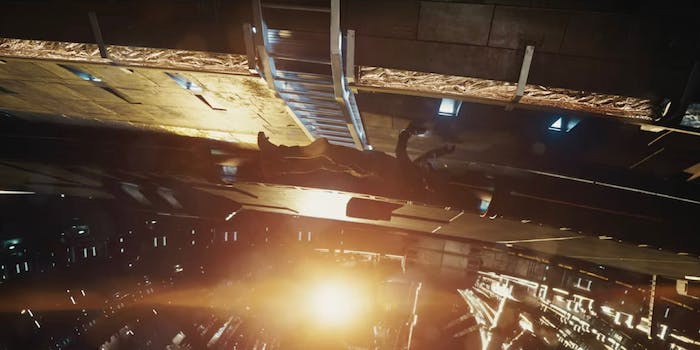 The monsters aren’t the only threat in the ‘Origin’ trailer

YouTube Premium unveiled the full trailer for its upcoming sci-fi thriller Origin at New York Comic Con on Thursday. The trailer which reveals more of the plot—as well as the horrors that await the passengers attempting to head to a new world.

The group of people (an ensemble cast that includes Tom Felton, Natalia Tena, and Sen Mitsuji) who have chosen to head to Thea, a far-off planet that can sustain life, are leaving Earth for a chance at a new life and to escape their past. But when they wake up far earlier than they’re supposed to, they discover that the crew abandoned them on a ship—and that something is killing passengers on board. Aliens and monsters lurking in and outside of the spaceship threaten to destroy them all. That’s far from the only threat onboard, as they realize their lives are in the hands of people they possibly cannot trust.

All 10 episodes of Origin will drop on YouTube Premium on Nov. 14.