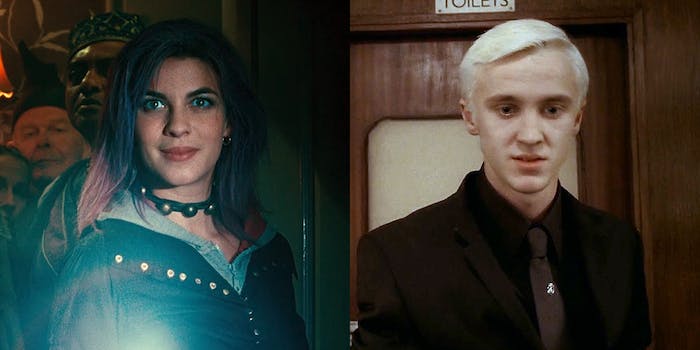 They will be among a group of survivors on a distant planet.

Tom Felton and Natalia Tena, who played Draco Malfoy and Nymphadora Tonks in the Harry Potter films, respectively, will star in the 10-episode series for YouTube Red. According to Deadline, Origin will follow “strangers who find themselves stranded on a spacecraft bound for a distant planet” and who soon discover that one of their own has been hiding who they really are.

Tena’s character Lana becomes a captain among the survivors while Mitsuji’s character Shun will step up into a leadership role. Felton, however, will play the series’ antagonist named Logan. It’s unclear who the rest of the cast will portray and how they will interact with Origin’s three leads.

It’s not the first venture into genre television for Felton and Tena outside of Harry Potter. Felton recently appeared on The Flash while Tena appeared on Game of Thrones for several seasons.

There is no release date for Origin, but the show is filming in South Africa and is expected to stream on YouTube Red later in 2018.